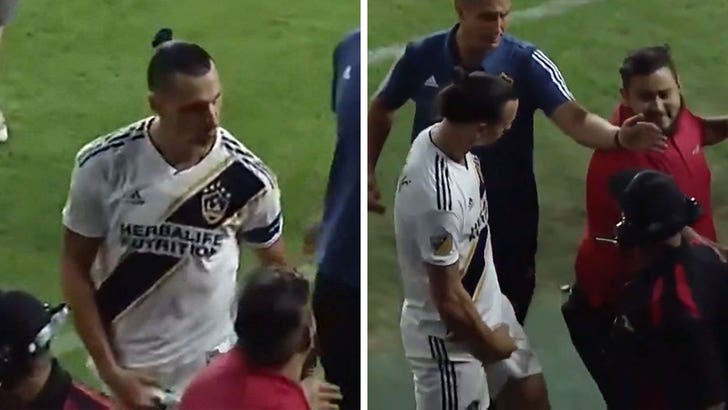 Zlatan Ibrahimovic grabbed a huge handful of his junk and aimed it right at an LAFC fan who was taunting him ... and the whole scene was captured on video!!!

The soccer star and his LA Galaxy squad had just taken a crushing loss to LAFC on Thursday night ... when a fan decided to showboat toward Zlatan on his way to the locker room.

You can see in the video ... the LAFC ride-or-die makes some throat-slashing signs and appears to make a groin choppin' gesture toward the 38-year-old as well.

That's when Ibrahimovic responded by getting a grip of his franks and beans ... and giving a head nod to the fan!!!

Zlatan was asked about the incident after the game, and he downplayed it, making a joke by saying, "How many fans came? 30,000?"

As for if he was irritated by the fans, Zlatan said, "No, no, no. I enjoy it! They give me adrenaline."

Zlatan also took a shot at the MLS -- saying if he doesn't come back to the league next year, NOBODY will watch the games.

"[If I stay], then MLS is good, because the whole world will watch it. If I don't stay, nobody will remember what MLS is."

Zlatan only has 2 months left on his contract, so the playoff exit this might have been his last MLS game ever. 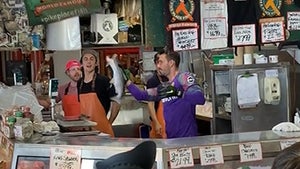