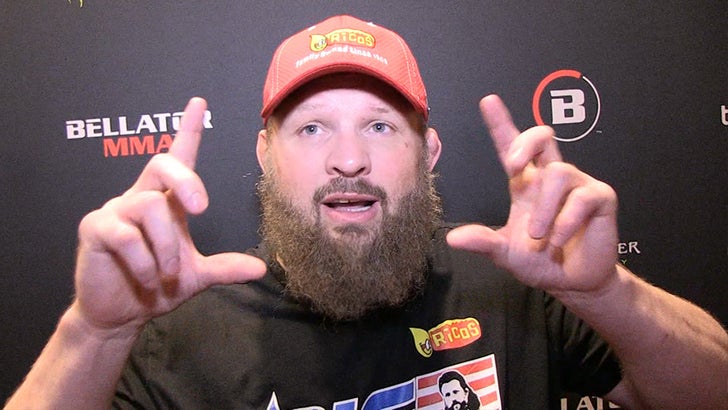 Bellator star Roy Nelson says Greg Hardy can beat up Alex Volkov -- the 6'7" Russian badass -- on only 18 days notice ... as long as he can hit his inhaler between rounds!! 😂💀

Last week, TMZ Sports asked Nelson -- who fought Frank Mir this weekend at Bellator 231 -- if Hardy has a snowballs chance in hell of beating the 7th ranked heavyweight when they fight November 9 ... and the big man threw major shade at the Pro Bowler turned fighter.

"Sure he does," Nelson told us ... "I mean as long as he gets his inhalers, he can puff those between rounds. He should be good."

Remember, Greg fought October 18 -- and won on the scorecards -- before the W was stripped and the fight ruled a no contest 'cause Hardy was seen using an inhaler between rounds (a big no-no).

After the fight, The Prince of War told us he takes full responsibility for the inhaler screw up ... and was super pumped to finally get in the Octagon with a "real monster."

It's a huge challenge for Greg -- who's never fought anyone like Volkov -- so we asked Big Country if he had any advice for Hardy. 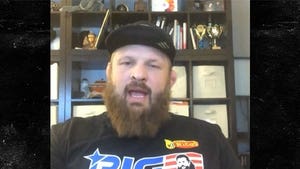 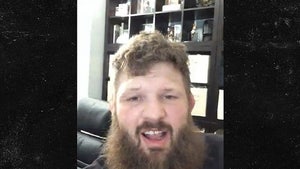