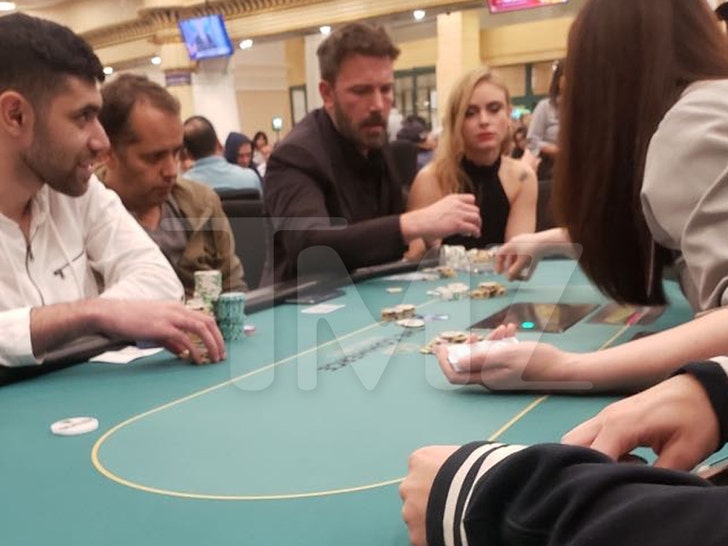 Ben Affleck got so wasted Saturday night at a Halloween party he could barely stand, but that didn't impede his skills at his next stop -- a poker table -- where he made quick work of lining his pockets with cash.

TMZ broke the story ... Ben was wasted as he left the UNICEF Masquerade Ball in West Hollywood. Turns out he was on a mission, landing at a Commerce casino at around 1 AM.

We're told Ben rolled up to a table that was full -- 9 players trying their luck. The pit boss decided to make an exception and had a 10th chair moved to the table so Ben could play.

Eyewitnesses tell TMZ ... Ben almost fell off his chair he was so inebriated. He got $20k in chips and he was in and out in 12 minutes ... pocketing $1500 in winnings. 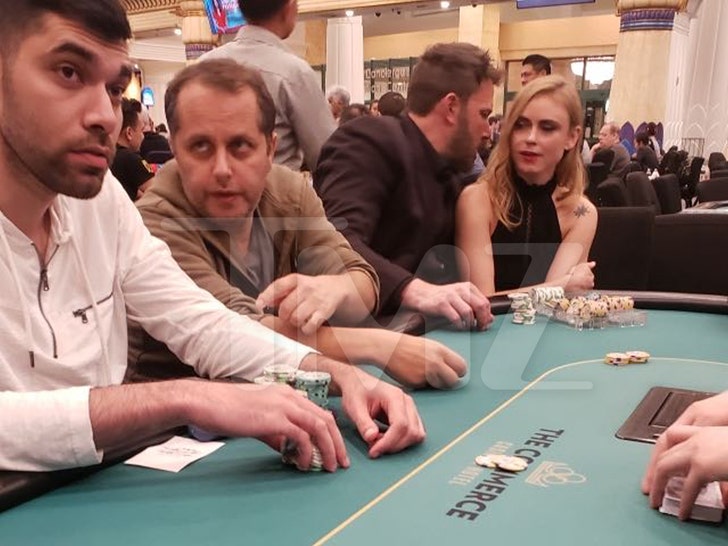 He stumbled out of the casino with his lady friend and that was it.

As we reported, Ben said on Sunday he regretted falling off the wagon but said he was doubling down in his resolve to regain his sobriety. 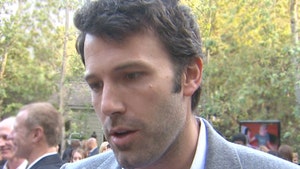