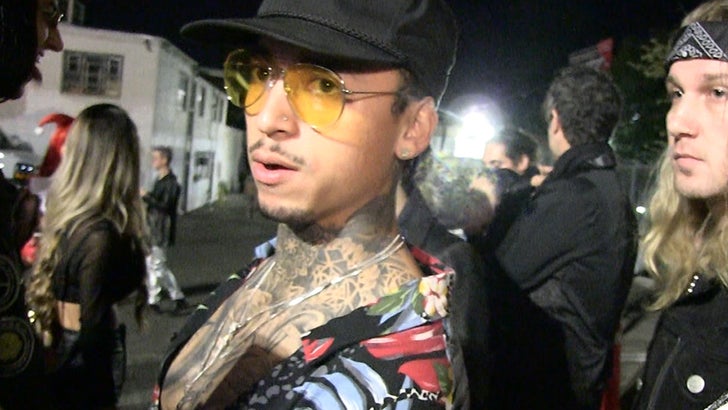 Skateboarding superstar Nyjah Huston was totally stoked to see video of a 7-year-old boy with cerebral palsy hitting the ramps with his mom ... telling TMZ Sports the clip is "awesome!!"

As we previously reported ... Avante Leaozinho -- who was diagnosed with cerebral palsy at 18 months -- had the time of his life as his mom pushed him around the skate park ... and the video quickly went viral. 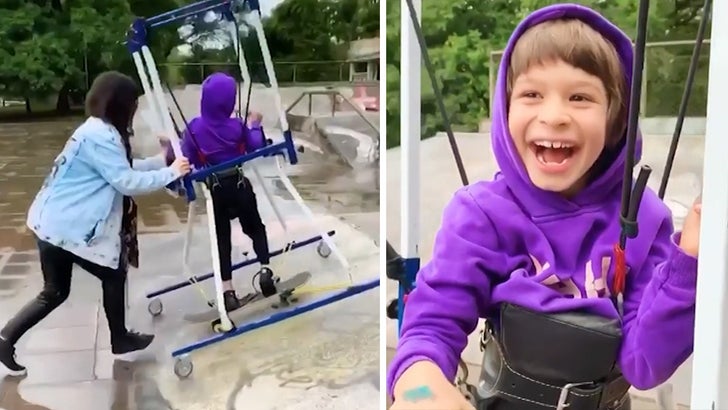 We showed the touching vid to the 24-year-old X Games champ outside Halsey's Halloween party over the weekend ... and Nyjah couldn't get enough of it.

"I always love seeing people be down for skating, no matter what the circumstances are."

Huston ain't the only skater who has taken notice ... Tony Hawk also praised Avante's skills, saying "the stoke is contagious!" 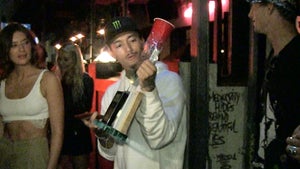 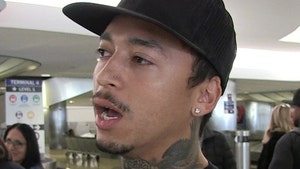