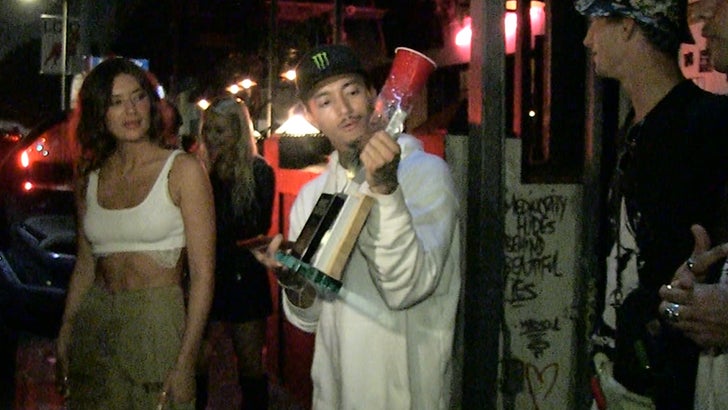 This is pretty great ... skate superstar Nyjah Huston is sick of keeping his awards in a room at home, so he turned his newest trophy into a modified booze cup and hit the bars!!!

The 24-year-old just clinched the 2019 Street League Skateboarding championship -- the 5th time he's won the title -- and celebrated by raging with friends.

It started off as a house party ... but things escalated quickly -- with Huston and his pals hitting Poppy nightclub in L.A., one of the hottest spots in town.

By the way, who parties on Monday night?! 24-year-old millionaires. That's who.

But, the best part about the clip ... Huston has taped a red Solo cup to his prize so he could drink from it -- kinda like the NHL's Stanley Cup.

Huston -- along with some of his famous pals, including Faze Banks -- then proceeded to rage their faces off inside the club. 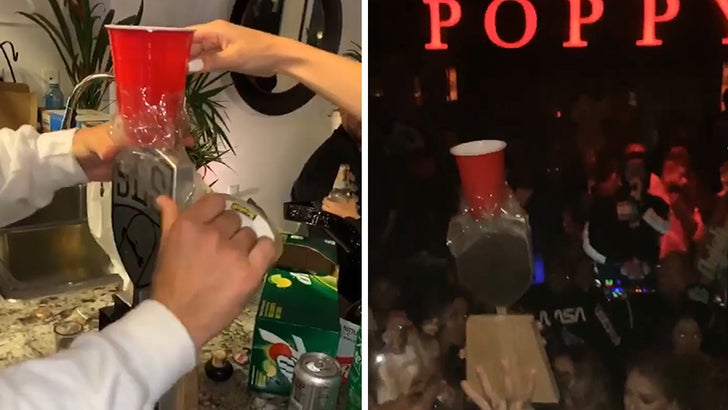 They passed the trophy around the place. Everybody had a blast. Nobody got arrested or in trouble!! Overall, great night!!

He was also super cool with our photog on the way out of the club ... showing off his Solo cup'd hardware. 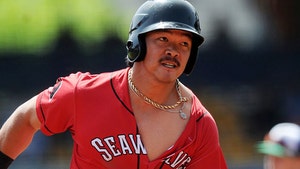 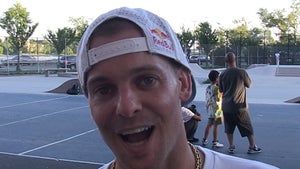