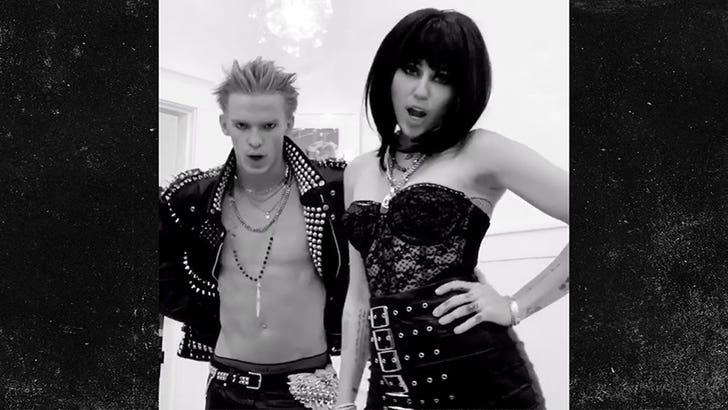 Miley Cyrus and Cody Simpson aren't just a fun couple -- they're a couple having fun with their fans ... especially for Halloween, when they opted for a 'Wedding' themed costume.

Miledy, or Comiley -- your choice -- busted out the eyeliner, spiked hair and leather to step out in NYC as Billy Idol and his 80s rocker GF, Perri Lister.

Idol and Lister were a music power couple in NYC after Idol released his 1983 album, "Rebel Yell." Now, Cody and Miley could've posted themselves rocking to any number of Idol hits -- "Rebel Yell," "Eyes Without a Face" come to mind -- but they went with "White Wedding."

Not that we think their whirlwind romance is heading to an altar anytime soon -- but they gotta know using that track will keep fans buzzing. 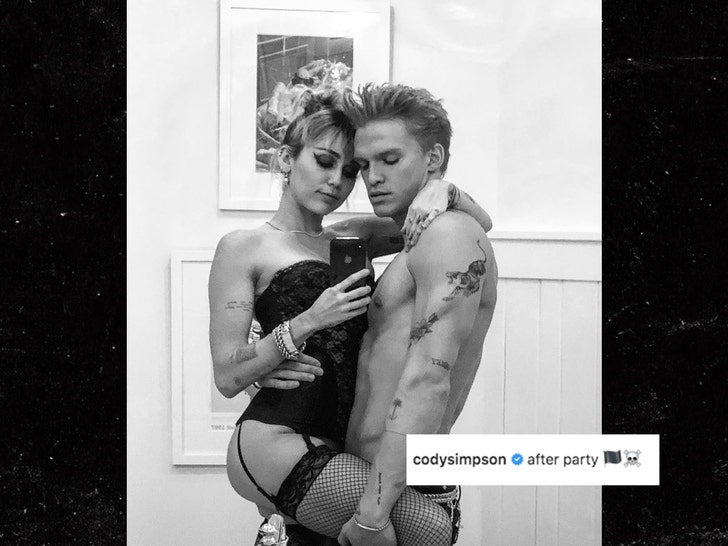 If the song wasn't enough -- there's also the PDA they packed on throughout the night ... including this half-naked one to end their evening. "After party" indeed!!!

So, yeah ... Cody and Miley definitely nailed it. Their costumes. 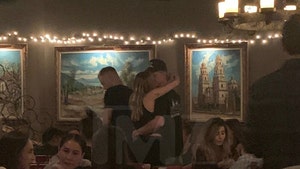