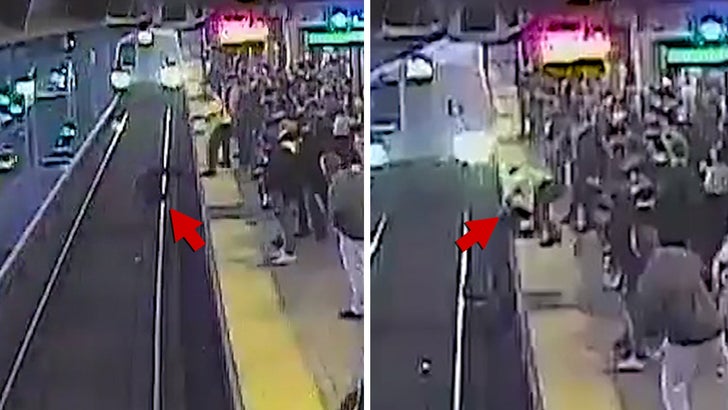 "I thought the train was going to cut him in half, honestly."

That's how a city employee described the scene after he saved a man from an oncoming train after the Oakland Raiders game Sunday -- and footage of the whole ordeal is WILD.

Shortly after the Raiders beat the Lions ... a nearby Oakland BART stop was so packed with Raider fans that a man got too close to the tracks and fell.

You can see in the video how dire the situation was ... 'cause a train was barreling down on the man just seconds away from his body!!!

But, BART employee John O'Conner quickly sprang into action ... grabbing the man and pulling him off the tracks with barely a second to spare.

Afterward, O'Conner admitted to CBS SF he thought the guy was going to die.

"Everybody was telling him, ‘Get out of the trackway, a train’s coming," O'Conner said. “I thought the train was going to cut him in half, honestly ... I didn’t want to see this guy die."

Fortunately for everybody involved ... both men were okay, and cameras caught the two sharing a big embrace afterward.

This #BART worker just saved this man from falling onto the tracks as the train was approaching! Amazing!! pic.twitter.com/RX3zD36853

As for O'Conner, BART officials say he's a Transportation Supervisor who's been working for the company for two decades ... and called the whole situation "an amazing rescue." 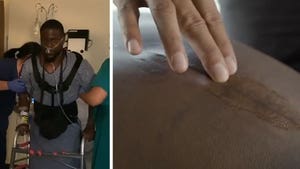 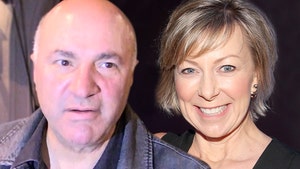