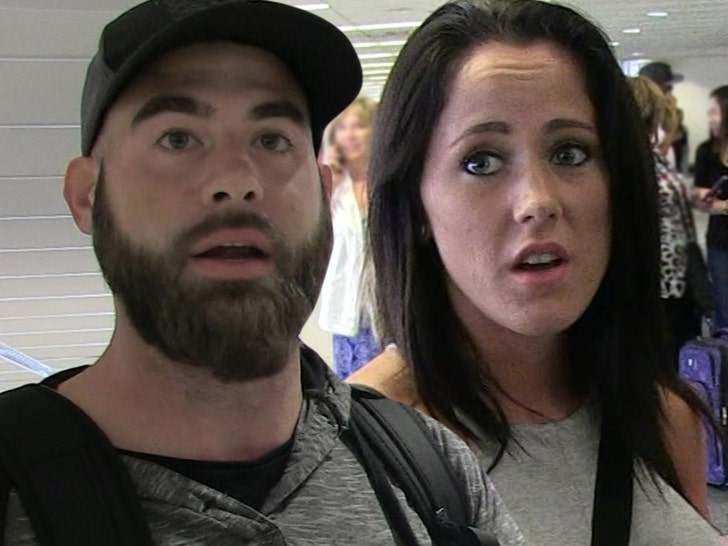 Jenelle Evans' estranged husband is in the midst of another dog scandal -- this time he claims one was stolen from his property.

Law enforcement sources tell TMZ ... David Eason contacted the Columbus County Sheriff's Office Tuesday to report his dog missing, and he believes it was stolen. It's unclear who David thinks is responsible, but it's a decent bet he might point the finger at Jenelle.

As we've reported ... Jenelle threw in the towel on their marriage last week, saying, "that's what is best for me, and for my kids." She says she's left David and moved away from the family's North Carolina home.

We broke the story ... Jenelle's been taking care of their 2-year-old daughter, Ensley, since the split, and our sources say she's planning on going for full custody if their case goes to court.

However, we're told she wants David to have contact with their daughter because she believes he's a good dad.

As for the allegedly stolen dog ... David and Jenelle got a couple of new pups just months after he shot and killed the family dog for nipping at Ensley. Jenelle's said nothing about whether she took any pets when she bolted.

We've reached out to her and David ... no word back, so far.