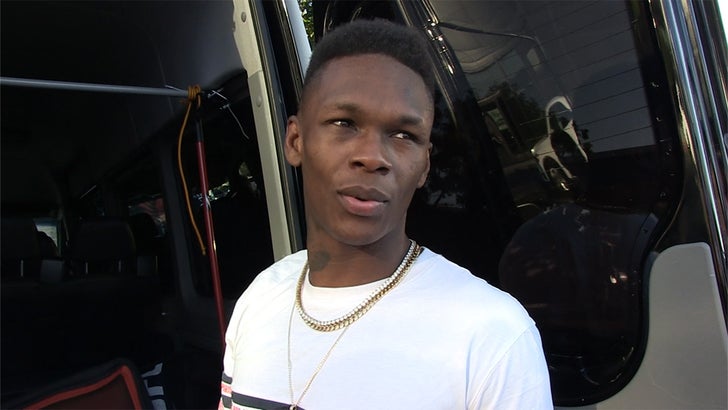 UFC superstar Israel Adesanya says he will "eventually" brawl with Jon Jones ... and he's spelling out the situation to TMZ Sports.

"He will face me eventually, but I'm gonna respect the game," the UFC middleweight champ told us.

"I'm gonna honor the game and defend my belt. I mean, he didn't jump up to heavyweight right after he won the belt. I want to do the work. If he wants to come down, come see me. But if not, shut the f**k up and wait 'til I come see you."

Seems Israel and Jon are on a collision course ... but first, Israel wants to continue to wreck everyone in the middleweight division, starting with Yoel Romero.

"I've called the guy out. I've said I want to fight him. The UFC don't think it's gonna sell, but f**k records, I just want to fight," Adesanya tells us.

Israel says he's got a plan B in case the Romero fight doesn't come together, but it's clear Yoel is the priority.

"I said I want Yoel. F**k records, he's a great fighter. I want to beat all the greatest of this era. I've taken Whittaker, I've taken Gastelum, I've taken Silva."

And, get this ... Adesanya -- who put together one of the greatest ring walkouts EVER for the Robert Whittaker fight -- says he's already planning to TOP IT!!

"Expect the unexpected. I might f**king fly from the rafters like Shawn Michaels right into the Octagon!" 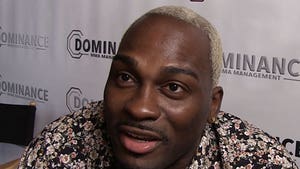