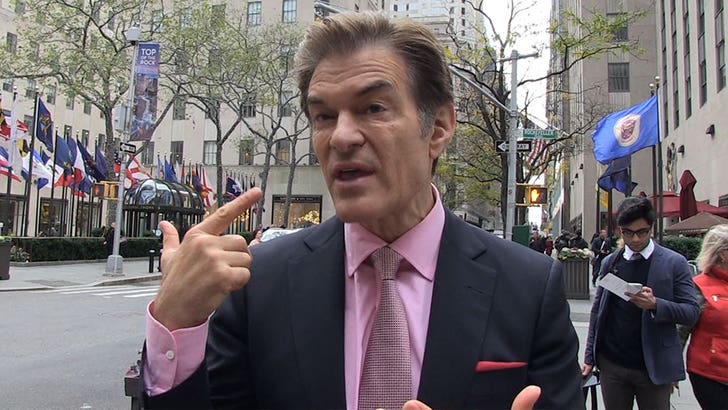 Dr. Oz says he wants to help Sterling Shepard figure out what's wrong with his brain ... but he's warning the New York Giants star retirement might be his recommendation.

Sterling has been held out of Big Blue's last four games because of complications with a concussion ... and his head coach, Pat Shurmur, just called it a "serious injury" this week.

When we got Dr. Oz out in NYC on Thursday ... he offered to lend the receiver a hand -- saying he wants to conduct some tests on the 26-year-old to see if he's legitimately okay.

"If Sterling Shepard's brain is still functioning as a young man's should, then I'm fine with it," Dr. Oz says. "If it's not, he should be reconsidering returning to the gridiron."

Dr. Oz says he has a battery of tests he's personally used to make sure his own brain was okay after his football career at Harvard ... and he tells us he'd love to use the same exercises on Shepard as well.

As for some prescriptions he'd currently recommend to Sterling? Dr. Oz says the receiver needs to chow down on fish, walnuts and avocados to keep his brain strong.

Shepard, meanwhile, was sent to Pittsburgh this week to get further testing done on his head ... and it seems the Giants are considering placing him on season-ending injured reserve. 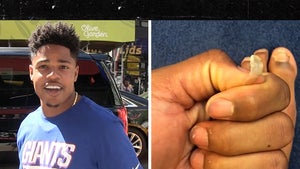 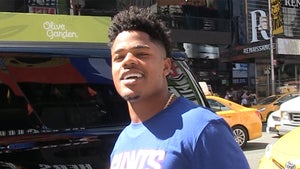