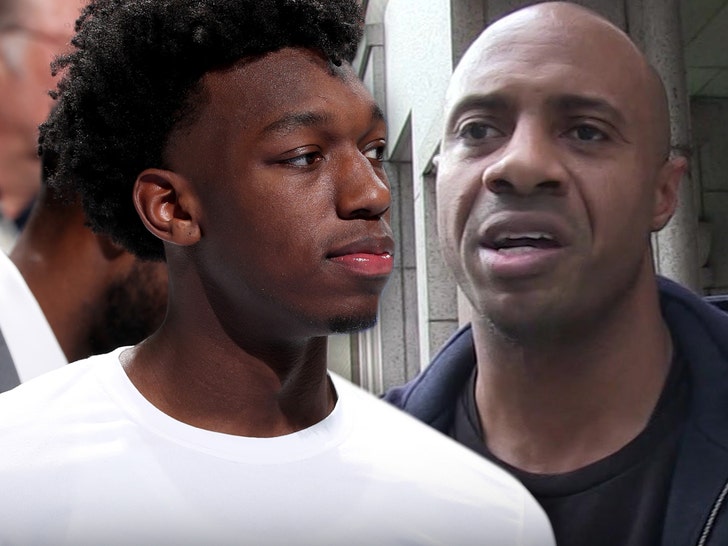 Jay Williams means well, BUT those GoFundMe donations to cover James Wiseman's NCAA "fine" won't do JACK for the Memphis superstar ... 'cause the org. won't allow it.

TMZ Sports has learned ... the NCAA is aware of Jay's fundraising efforts to help satisfy Wiseman's $11,500 mandatory donation -- but our sources say Wiseman is NOT allowed to accept the money.

A mandatory listen. This is for you James Wiseman. Let’s all help. https://t.co/LQktK3UQtg pic.twitter.com/z89erD8WlH

Of course, Wiseman was suspended 12 games and forced to donate $11,500 to charity after his family accepted a loan from Penny Hardaway to help cover moving expenses in 2017.

Crowdfunding campaigns have popped on the internet to help Wiseman pay the monetary punishment ... with Williams and the Game Seven organization raising nearly $5k so far.

But, our sources tell us the GoFundMe cash won't fly with the NCAA.

As one well-placed source put it ... "Generally speaking, a GoFundMe would not satisfy a repayment requirement. The student-athlete and his or her family are responsible for making the donation, and that donation must also be in line with NCAA rules."

In other words, taking the GoFundMe money could lead to more problems for Wiseman.

The silver lining?? Those donations from Williams' GoFundMe won't be all for naught -- they'll still be going to charity ... and Wiseman will still be RICH when he gets drafted by an NBA team next year.