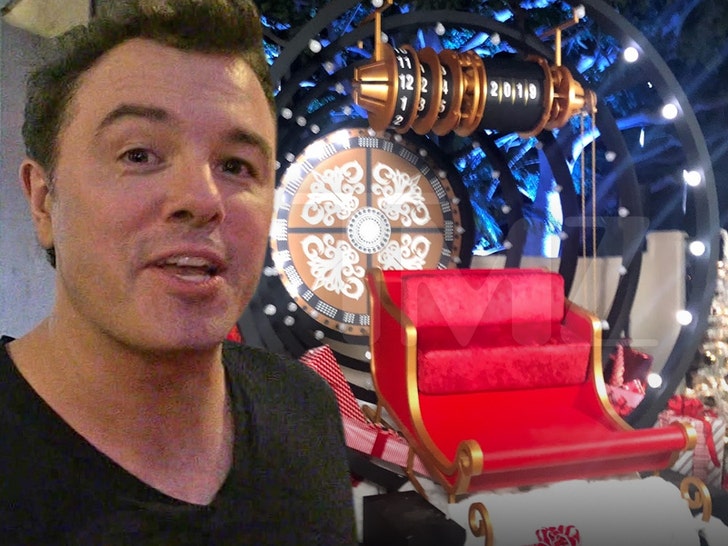 Move over, Jay Gatsby ... Seth MacFarlane's here to take the reins this holiday season as the most extra host in party-throwing, with a splash of hot button issues to boot.

The "Family Guy" creator threw an epic Christmas Party Saturday night at his Beverly Hills home, and it was decked out to the max with what appears to be a mishmash of themes -- including time travel, the 1950s, environmentalism and politics. Good mix, right?

Click through the gallery, and you'll see what we're talking about. Seth had elaborate set pieces staged all throughout his pad -- a N.I.C.E. Detention Center, Santa's Space-Time Super Sleigh, a single block of a North Pole glacier from the year 2091, and a lot more. 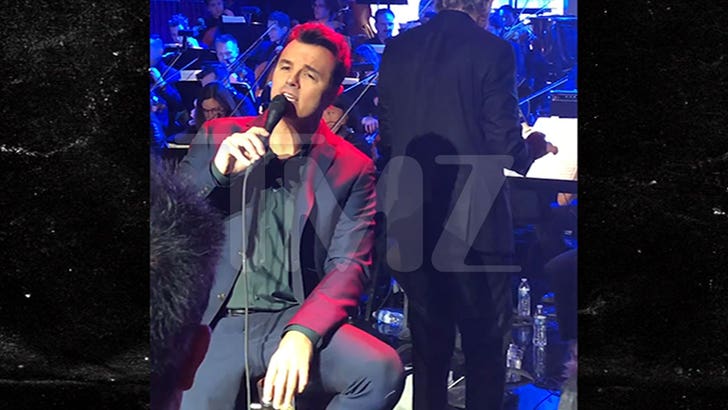 Like we said, F. Scott Fitzgerald might've blushed at something like this. Speaking of Gats, we're told Leo was at Seth's party. He's big on climate change, so this is right up his alley.

As if all that wasn't class enough, Seth also had a full orchestra performing live throughout the night -- and, of course, the guy got up there himself and crooned a handful of songs. More like 10 or so, actually. Seth's a great singer, and we're told he put his talent to good use. The performance quickly became a family affair too -- his sis, Rachael, sang as well.

Eyewitnesses tell us one other big highlight of the night came when Seth honored a 100-year-old WWII veteran named Sidney Walton, who got a big round of applause. 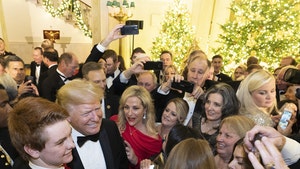