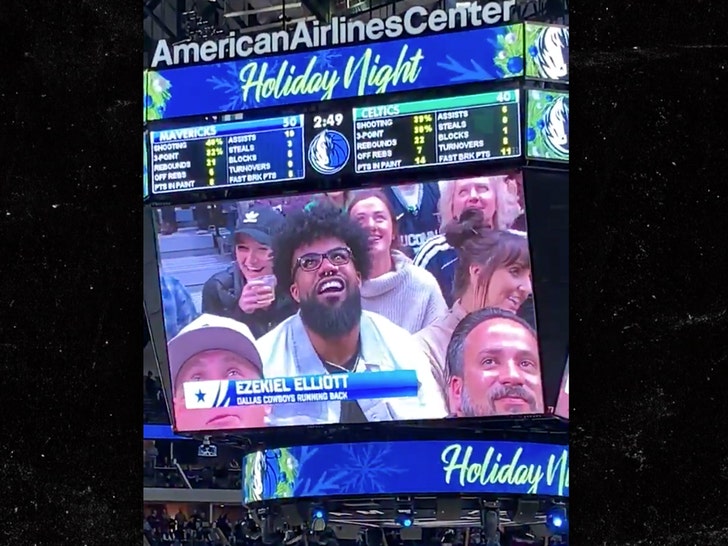 Does this look like a guy 4 days away from the biggest Cowboys' game of the season?!?

Ezekiel Elliott was sitting courtside at the Dallas Mavericks-Boston Celtics game in Texas on Wednesday ... showing ZERO concerns about his team's massive NFC East showdown with the Eagles this Sunday.

The superstar running back was seen smiling, chattin' it up with players and even doing his signature "Feed Me" dance on the jumbotron.

Yeah, didn't seem to be nervous for Philly at all!!! 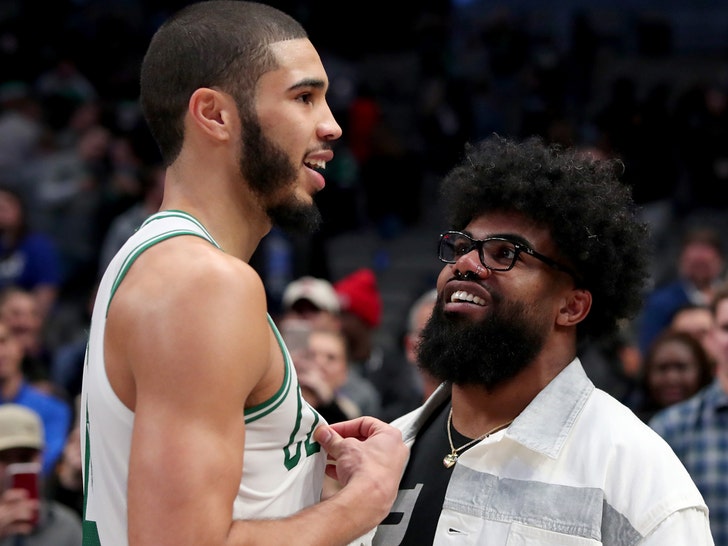 Of course, perhaps on the inside he's feelin' differently ... 'cause this IS a huge game for the Cowboys this weekend.

If Zeke's squad loses, their season is essentially over. If they win, they get a home playoff game next month.

For his part, it ain't like Zeke isn't focused ... the guy was at Cowboys' practice earlier Wednesday and said his body feels GREAT ahead of the big game.

As for if he found any pregame inspiration on the hardwood? Doesn't seem he got it from Dallas, 'cause the hometown team lost 109-103. 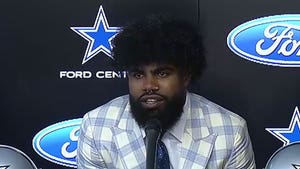 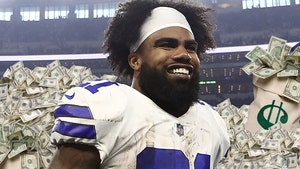