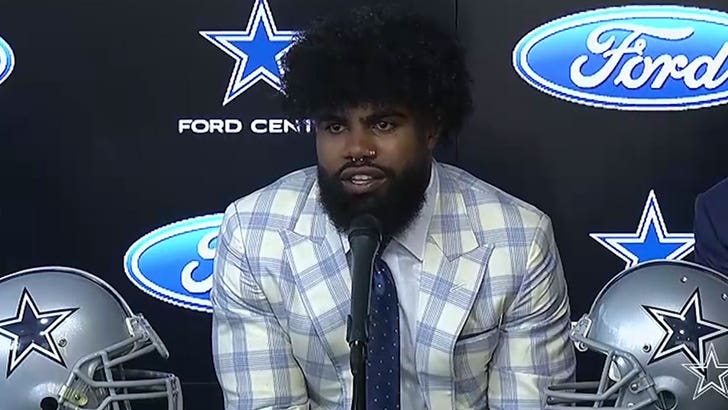 Ezekiel Elliott is making sure a whole lot of people eat after he got his chunk of Jerry Jones' pie ... telling reporters Thursday he's donating $100,000 to the Salvation Army!!!

Zeke just got a brand new 6-year, $90 MILLION contract from Jerry and the Cowboys ... and he just said at a press conference he'll be giving away a portion of it to help the needy in Dallas.

"In my time here in Dallas, I've formed a really good relationship with the Salvation Army," Zeke said ... "And, I wanted to pledge $100,000 to help them build their new facility to help support the people of need in Dallas."

Elliott's had a long -- and funny -- history with the Salvation Army since he joined the Cowboys ... remember, he famously hopped in the red kettle after scoring a TD back in 2016.

Then, of course, he followed that celebration up with a donation into the red kettle after scoring another TD in 2018!!!

#CowboysNation: Join me in the #FightForGood. I’ll match every $21 donation made to @SalvationArmyUS this week, up to $21k. Visit https://t.co/oBiB3Y0BrZ to give. @dallascowboys wanna match too? pic.twitter.com/C0gghJG9QZ

Overall, Zeke's helped the Salvation Army raise thousands of dollars in his 3 years as a Cowboy ... but, clearly, he doesn't think that's enough -- and is throwing in more to the pot now.

Props to the RB for the cool move!!! 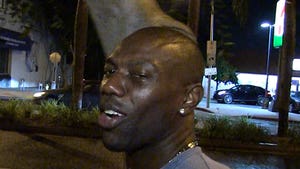 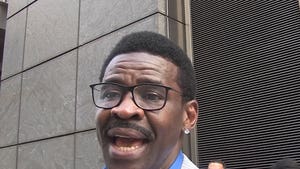