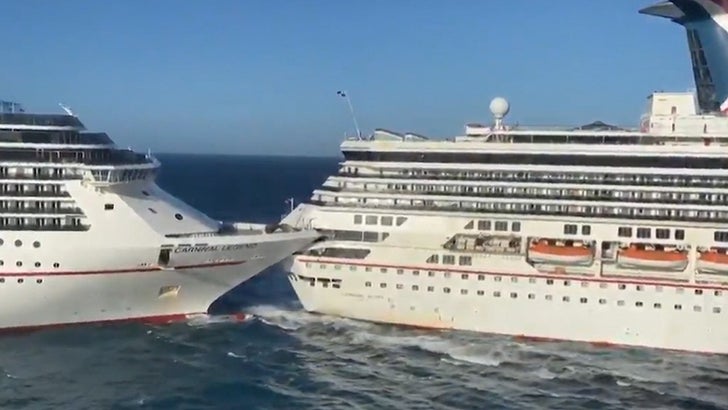 Carnival Cruise's insurance rates just went through the roof -- 2 of their massive ships collided, causing a huge panic on several ships ... including one where passengers were losing their minds.

The scary maritime accident went down Friday morning near the Port of Cozumel, Mexico -- the Carnival Glory, on the right, smashed into the pointed bow of the Carnival Legend. The video is pretty insane ... like a low-speed, but VERY high-priced, fender bender at sea.

The cruise line is reporting one minor injury to a Carnival Glory guest that happened while dining rooms were being evacuated.

But, someone might want to check on a passenger on Royal Caribbean's Oasis of the Seas -- which was dangerously close to the collision -- the guy aboard panicked they were about to be sunk.

You can hear the passenger yelling, "He's gonna hit us next!" and demanding his friends shoot video ... before they tell him to calm the hell down.

Video shows Glory did come dangerously close to slamming into Oasis too ... but eventually got back on course and sailed away from the port. So, hopefully, that dude chilled out.

The Carnival Glory departed from New Orleans last Sunday for a 7-night cruise and is scheduled to return this upcoming Sunday. The cruise line says it's assessing the damage to both of its ships. 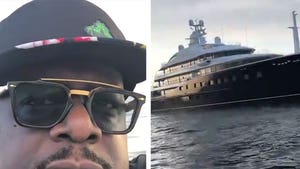 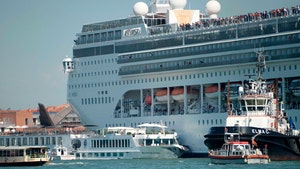