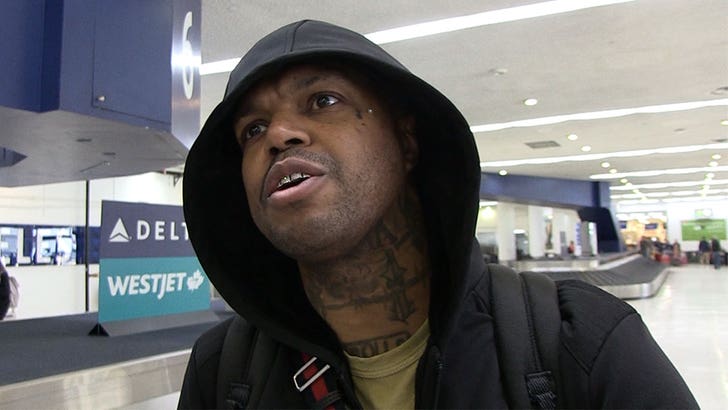 DJ Paul says he and his rap group partners aren't pivoting away from talking drugs in their songs -- and to the kids who take their word as gospel ... he's telling 'em to wise up.

We ran into the Three 6 Mafia MC Monday at LAX -- this just a few days after his label mate, Juicy J, said T6M were hitting the road for a new tour in 2020 ... while, in the same breath, apologizing if he ever inspired anyone to do drugs in the wake of Juice WRLD's death.

DJP confirmed the gang was getting ready to head out on tour soon after a handful of shows this year, but on the subject of drugs ... he was less remorseful than Juicy was on Twitter.

If I inspired anybody to do drugs I apologize

According to Paul, people will do whatever they want regardless of whether a song hypes up drug use or not -- and, of course, Three 6 Mafia's no stranger to the topic in their music. Still ... DJ Paul says just 'cause T6M's talking about it, it doesn't count as a cosign, per se.

He actually acknowledges if one can stay off drugs ... that's obviously the best way to go. Our camera guy pushes back a bit though, noting the group does appear to glorify drugs, and by extension ... have probably nudged a lot of young fans in that direction as a result.

Check it out ... Paul fires back with a pretty interesting analogy to that argument, saying he sees a lot of his favorite actors doing crazy s**t on screen all the time. That doesn't mean he's about to start copying them out of sheer fandom, though -- hear that, kids?

He also makes a good point about rapping about what you know ... and while the guy knows about a lot, as he admits, he seems to know what sells and what doesn't. 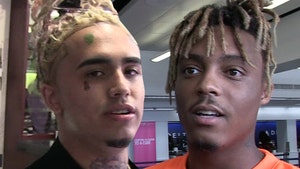