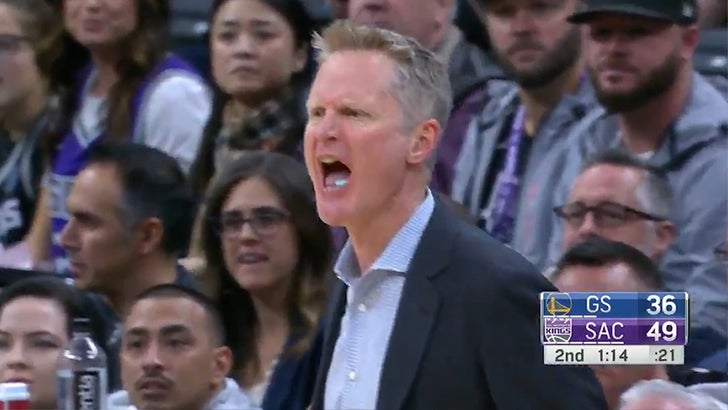 Steve Kerr went BALLISTIC on a ref during the Warriors' game against the Sacramento Kings on Monday night -- and the whole profanity-laced rant was caught on a hot mic!!!

The blowup all started near the end of the first half ... when Kerr argued a Kings layup shouldn't have counted because there was a foul before the basket.

The GSW head coach received a technical foul for chirpin' the refs ... and then he decided to get his money's worth -- going BANANAS on the zebras.

Kerr eventually cooled down and was escorted off the floor ... but his speech clearly didn't fire up his squad -- 'cause the Dubs ended up losing 111-98.

Of course, it's been a pretty miserable year for Kerr and the Warriors outside of Thursday's loss ... they've won just 9 games this season without superstars Klay Thompson and Steph Curry.

It appears ending an NBA dynasty ain't all that easy to handle. 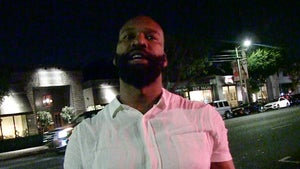 Baron Davis Says Warriors Dynasty Is Still Alive, Too Early to Kill Them Off! 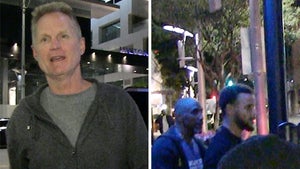