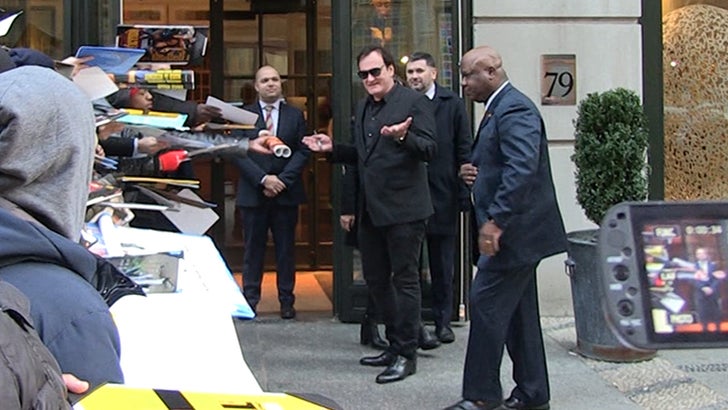 Quentin Tarantino will do the line-of-autographs thing, but don't push your luck ... 'cause he's got no problem telling you to screw off and to never bother him again. All love though.

The acclaimed director -- who's clearly still riding out the high of winning big at the Golden Globes this past weekend with "Once Upon a Time in Hollywood" -- was making his way out of a hotel Wednesday in NYC ... and was met with a crush of paps and Hancock hounds.

He played along pretty well, jokingly telling the swarm of photogs to cool it and to stop following him everywhere. After that, he went down the line with a pen in hand and signed a bunch of memorabilia, making sure no one double-dipped with security in tow.

You gotta see how QT goes about talking to the mega-fans here ... telling a lot of them he never wants to see them after this, and also ... to GTFOH with their BS questions.

It's pretty hilarious, and kinda classic Quentin if you ask us. His acceptance speech on Sunday was in the same vein, humorous and a little cocky. All in good fun, of course.

Now, just imagine how he'll act if he cleans up at the Oscars in a month ... oh, boy! 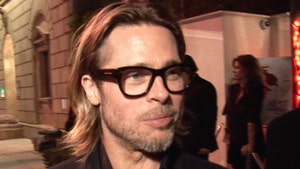 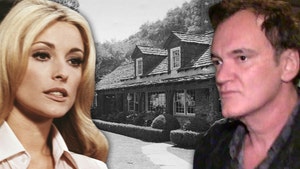