Laila Ali believes SHE'S the greatest ... NOT Claressa Shields ... claiming she would WRECK the reigning women's boxing champ because Shields lacks the talent.

Shocking comments from the daughter of Muhammad Ali, who had a GREAT boxing career herself back in the day -- finishing 24-0 and racking up every belt she could along the way.

Now, with 24-year-old Shields obliterating opponents left and right ... there have been some comparisons made between her and Laila -- and Laila AIN'T HAVIN' IT!!!

"First of all, she could never beat me. Let me get that really straight right now," 42-year-old Ali said on 'Sway in the Morning.'

"You're talented. You can box. You can throw those hard punches. But there's a sweet science to boxing."

"The reason you have not been able to knock out the opponents that you have faced, I can totally see it."

As for Shields, she respectfully disagrees with Laila. A fan tried talking trash to Shields on Twitter ... saying, "42 yr old Laila Ali would destroy and humble you."

Claressa responded, "No she wouldn’t but thanks telling me your thoughts." 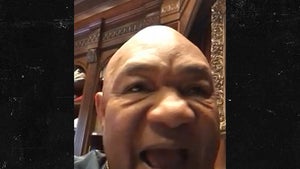 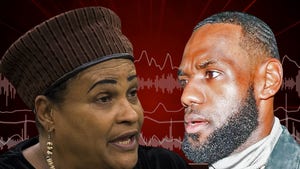