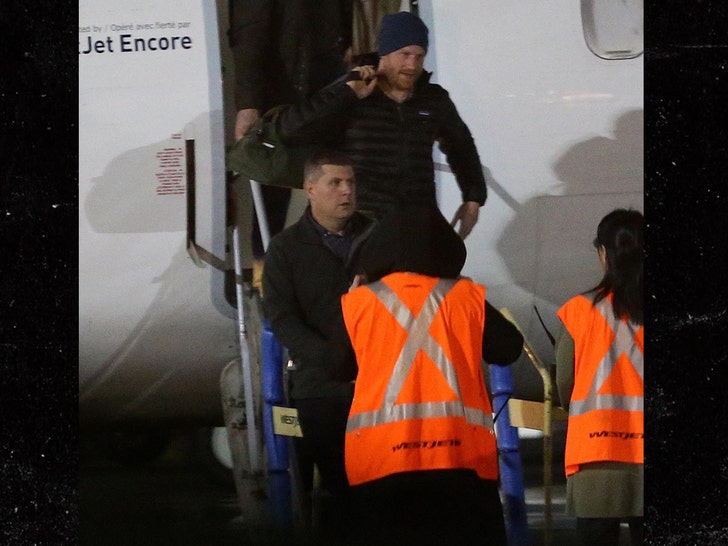 Prince Harry is getting on with his non-Royal life, flying commercial like the commoners to the country he and Meghan Markle will call home, at least part-time.

The Duke of Sussex looked more like a regular dude from Sussex early Tuesday morning as he landed at Vancouver International Airport ... a stone's throw away from Vancouver Island, where Meg and baby Archie have been there for a week without him.

BREAK: Prince Harry has arrived on Vancouver Island to be reunited with his family.

Welp, papa's back in town, and it looks like he's committed to fully sloughing off the perks of being a Royal. He traveled low-key in a beanie and puffer jacket aboard a British Airways flight -- and later a commuter jet to Vancouver Island.

Remember, the Sussexes were skewered last year for flying private -- plus, commercial travel will likely be their new norm ... after stepping down.

What's even more telling is that Harry skipped his brother and sister-in-law's Buckingham Palace reception to catch this flight. Another sign he's over it.

Harry's been across the pond of late figuring out the next steps for his family, and after a sit-down with grandma and his dad ... it's been decided he and Meghan will forgo their HRH titles and bypass public funding ... while still repping the Queen and British Commonwealth informally.

He was pretty torn up about it a couple days ago, but like he said ... time for a new chapter and a more peaceful life. Step 1? Come as you are and travel light.