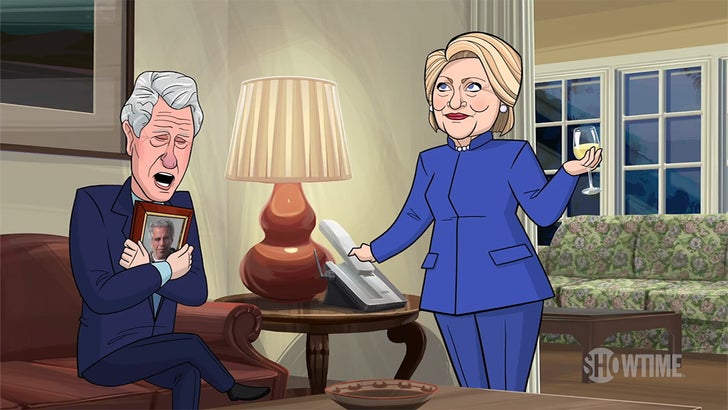 Here's what former President Bill Clinton won't be watching this weekend -- unless, of course, he's in the mood to laugh about his alleged ties to pedophile Jeffrey Epstein. Yeah, we don't think so either.

Bill and Hillary will be featured on "Our Cartoon President" in a scene that has him hysterically crying over Epstein's death, 5 months after the fact. Even after Hillary begs, "Get a hold of yourself" ... he's still bawling about his pal being in heaven.

THAT concept alone is hilarious.

But, watch how the ex-First couple's emotional moment gets interrupted ... by Sen. Elizabeth Warren, who's looking for some campaign advice. Bonus laughs!!! The episode airs Sunday night on Showtime.

Check your politics at the door ... 'cause this is just funny. 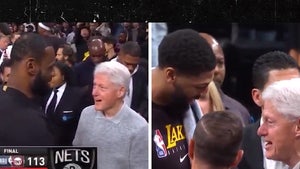 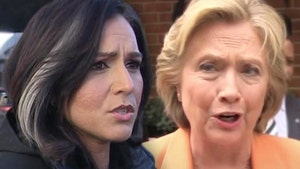