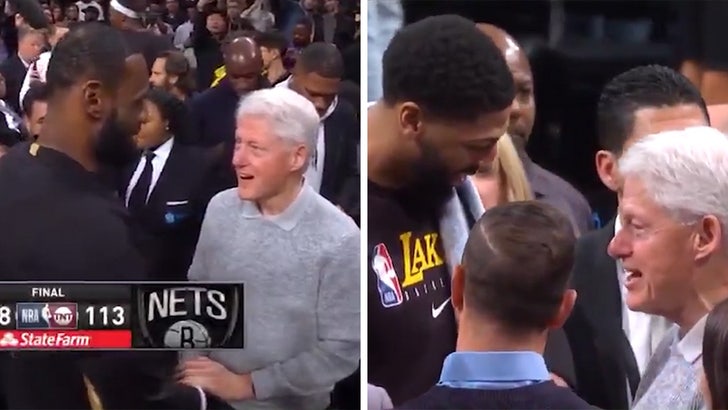 See, President Obama ain't the only ex-Prez into hoop ... check out Bill Clinton at the Lakers game!!

#42 was sitting courtside at the Barclays Center in Brooklyn on Thursday to watch the Nets get smashed by the L.A. Lakers ... and judging by the smile on his face, Bill loved it! 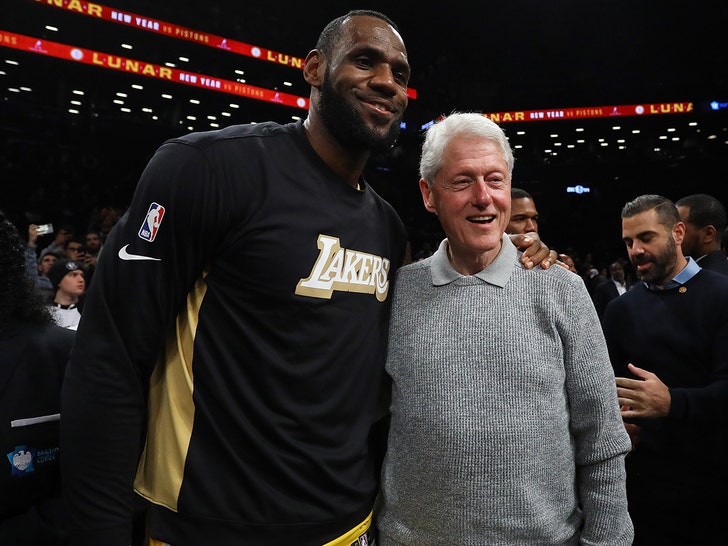 After the game, Clinton went on to the floor and chopped it up with LeBron James and Anthony Davis ... and yeah, that's Michael Strahan right behind 'em!

In fact, 73-year-old Clinton kicked it with a ton of stars at the game -- including Matt Barnes, Dwight Howard, Marv Albert and more.

It doesn't appear Hillary was at the game -- unclear what she was doing instead.

The Lakers are still in 1st place in the NBA's Western Conference ... winning 8 out of their last 10. 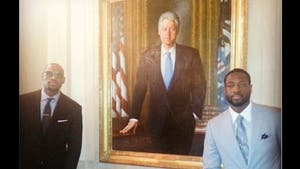 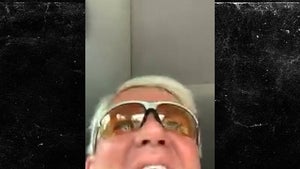