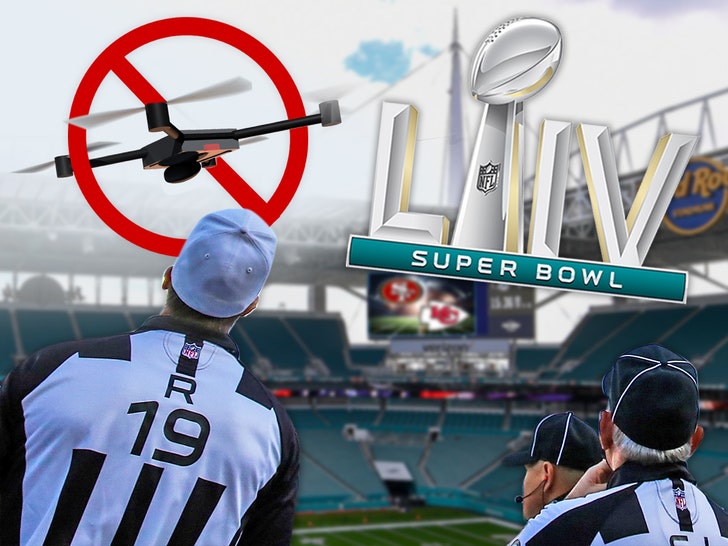 The FAA says it will DROP THE HAMMER on drone fliers at Super Bowl LIV in Miami this weekend ... threatening $30,000 fines if people are caught flying the toys near the Big Game!

Drone-flying has become a super popular hobby in America ... especially in Miami where there's a whole hell of a lot of stuff to record from the sky.

But, the FAA is deeming Hard Rock Stadium as a NO-FLY ZONE for this weekend's 49ers-Chiefs matchup ... and if people are caught flying anyway, the punishment is pretty severe.

The FAA says fines could not only reach $30K ... but criminal prosecution is on the table as well.

Yeah, better put those drones in the closet for the weekend.

As for the official rules of flying near the game if ya wanna push it ... the FAA says no drones will be allowed without permission within a roughly 34-mile region around the stadium.

But, good news ... the drones can be broken out shortly after the game -- the FAA says the temporary flight restriction will be removed at 11:59 p.m. ET. 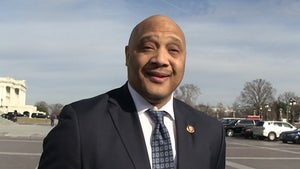 You Might Want to Rethink TMZ Sports Super Bowl Crime