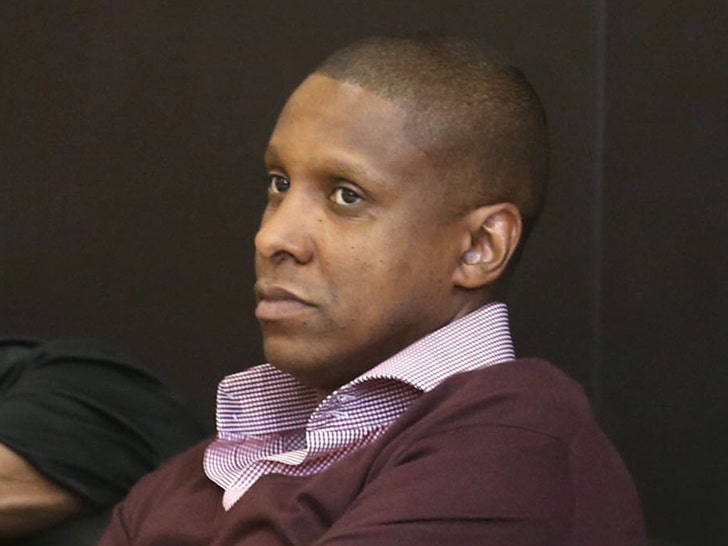 6:25 AM PT -- 2/11 -- The Toronto Raptors just ripped Alan Strickland -- the cop who filed a lawsuit against Masai Ujiri -- telling TMZ Sports ... “We are disappointed but not at all surprised Mr. Strickland has elected to take this path."

"His claims are baseless and entirely without merit. They should and will be viewed appropriately for what they are."

"The Toronto Raptors and Masai have jointly retained very able counsel who will be handling this matter on our behalf and consequently, we do not intend to make any further statement about it.”

Masai Ujiri ain't in the clear yet from his altercation with a police officer at a 2019 NBA Finals game ... the Toronto Raptors president is now being sued over the incident.

#BREAKING: Sheriff's deputy reportedly pushed and struck in the face by a man believed to be a Toronto Raptors executive after Game 6 of the #NBAFinals at Oracle Arena, @ACSOSheriffs says. https://t.co/fobdK9iWEq pic.twitter.com/a4X0IysY5Z

The Sheriff's deputy claims Ujiri shoved him and hit him in the face and chest in the moments after the Raptors won the NBA championship vs. Golden State on June 13, 2019.

The officer at the time claimed he suffered a concussion and a jaw injury in the altercation.

But, Ujiri was able to avoid a criminal case, with the Alameda County District Attorney’s Office announcing in October it would NOT be pursuing charges against the 49-year-old.

"Mr. Ujiri attended a meeting with the District Attorney's Office focused on matters that we believe merited constructive, structured mediation and conflict resolution and were better handled in a setting outside the courtroom," a spokesperson said.

But, clearly, the officer wasn't willing to let Ujiri off that easily ... in the new lawsuit, Strickland says he's seeking damages in excess of $75,000.

Strickland is also going after the Raptors AND the NBA in the suit.

We've reached out to the NBA and Toronto Raptors for comment. A rep for the Raptors ownership group told us they were aware of the lawsuit, but had no comment.

So far, no word back from the league. 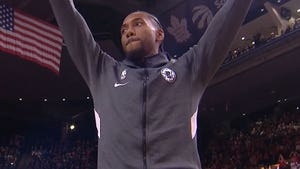 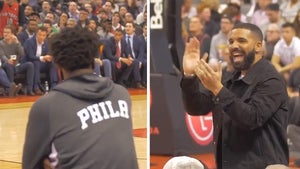