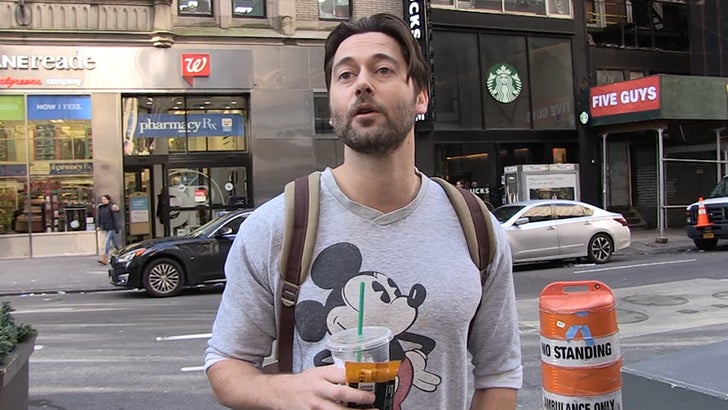 Ryan Eggold -- who plays a doctor on TV -- says the coronavirus may very well spread to TV plotlines like his NBC hit ... 'cause "Law & Order" ain't the only show ripping stuff from headlines.

We ran into Dr. Max Goodwin from "New Amsterdam" Monday on the streets of NYC and asked if the potentially deadly disease is in the running for a future episode. Ryan says it's definitely possible ... apparently, the series hasn't quite tackled an outbreak of this magnitude.

You can tell Ryan's been thinking about this stuff -- he actually told us there's another important medical issue he wants worked into a script ... something impacting pregnant women at an alarming rate.

"New Amsterdam" is a 20-plus episode per season type of show, so there's likely time to work in both. In any case, viewers might be in store for a viral subplot sooner rather than later.

Our photog asks Ryan if being on a medical show makes him more aware and conscious of real-life health scares happening in the world. Like any good actor, it sounds like he takes his work home with him and keeps his eyes and ears open for new ideas all the time.

You Might Want to Rethink TV Nurse! Viral Health Coronavirus