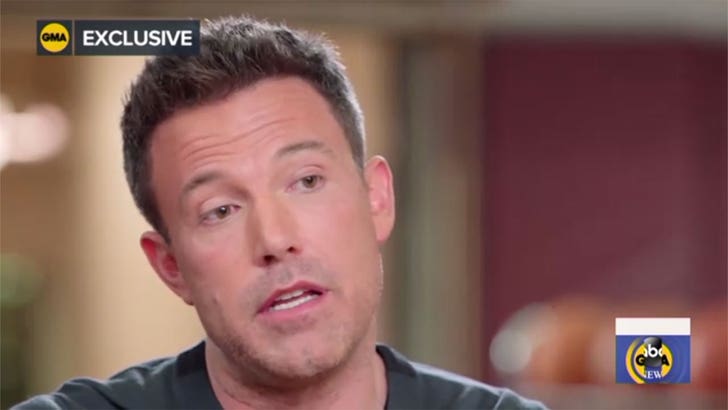 Ben Affleck wrestled with the thought of being an alcoholic ... but looking back he vows not to let it trigger another downward spiral for the sake of his kids.

The movie star looked better than ever during his interview with Diane Sawyer on "Good Morning America" ... acknowledging alcoholism took over his life to the point he'd come home after work and drink until he passed out. He also opened up about his family history -- his grandmother took her life as a result of alcoholism. His father and aunt were also addicts.

Now that he's sober, Ben says he wants to stay on the straight and narrow for his kids. He said, "I really don't want my children to pay for my sins. Or to be afraid for me, which is one of the hard parts of being a child of an alcoholic."

Ben -- who had an intervention back in 2018 -- says he first got sober in 2001 for a couple of years but his moderate drinking ultimately turned for the worse. He briefly talked about his setback on Halloween ... when he stumbled walking out of a WeHo party.

After that incident, Ben told paps he vowed to get sober again. And, his 3 kids with Jennifer Garner -- 14-year-old Violet, 11-year-old Seraphina Rose and 7-year-old Samuel -- is a motivating factor. It's why he took the last half of last year off ... just to be Dad.

As for his divorce to Jennifer ... Ben says it was one of the hardest things to come to terms with because he had vowed not to repeat his father's mistakes. 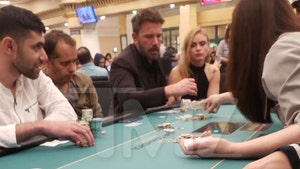 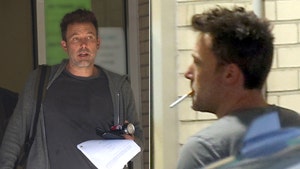