11:15 AM PT -- Our Knicks sources tell us that Oakley has legally been able to attend Knicks games since 2018. However, Oakley made it clear to us in September 2019 that he did not feel his was welcome at the Garden.

Bad news for Charles Oakley -- the ex-NBA star just lost his perfect excuse for skipping the lousy Knicks games ... 'cause Oak's getting welcomed back to Madison Square Garden!!

As we previously reported, the Knicks legend's lawsuit against his old team and James Dolan was dismissed earlier this week ... which initially stemmed from his public ejection from a game in 2017.

Of course, Oak was literally dragged out of the arena by several guards ... and hasn't stepped foot in MSG since.

After the legal victory, it seemed like Dolan was ready to put all the drama in the past ... saying, "Maybe now there can be peace between us."

First step in mending the relationship?? Getting Oakley back at Knicks games ... which became more of a possibility now that their legal battle is a thing of the past. 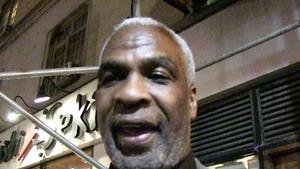 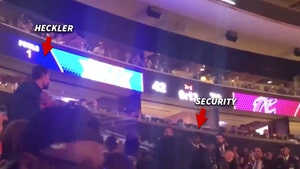