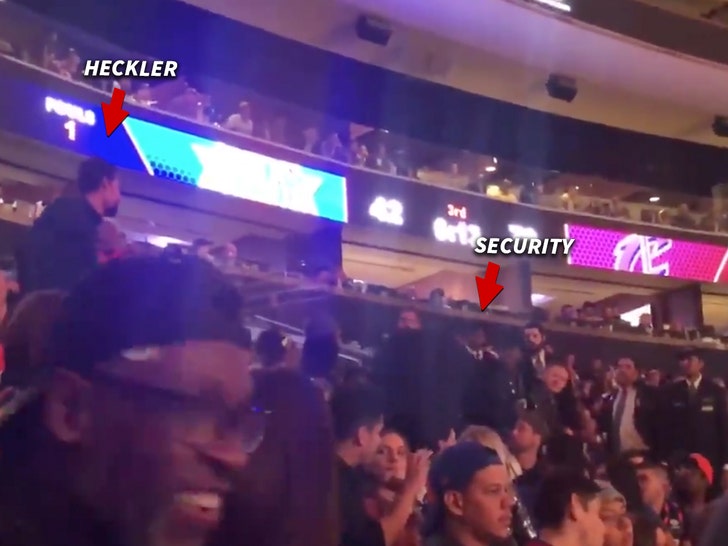 The NY Knicks fan who started a "Fire James Dolan" chant at Madison Square Garden on Sunday was confronted by security, but we're told he was NOT ejected.

The chant broke out as the Knicks were getting crushed by the struggling Cleveland Cavaliers  -- and as everyone knows, owner James Dolan doesn't like being heckled.

In the past, he's thrown out and banned fans who have directed similar taunts his way.

The man claiming to be the heckler is Andrew J. Padilla -- who went to social media tell his side of the story.

"I was escorted to the basement where they told me I could go back so long as I followed the 'code of conduct' ... Aka Not chanting #FireDolan."

"I chose to leave and spend my money somewhere else."

There are reports Padilla was ejected from MSG and subsequently banned from coming back -- but our MSG sources are adamant that's just not true.

As one source put it, "No one was ejected last night from MSG for any reason."

TMZ Sports has previously posted video of Dolan personally ejecting hecklers in the past -- including an incident from March 2019.

Dolan also famously had a sideline altercation with Charles Oakley that led to the Knicks legend being banned from MSG for a year.

For their part, the Knicks told us previously, "Our policy is and will continue to be that if you are disrespectful to anyone in our venues, we will ask you not to return." 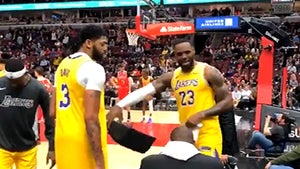 LeBron James Claps Back at Heckler, 'Your Lady Embarrassed To Be With You' 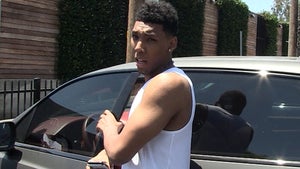