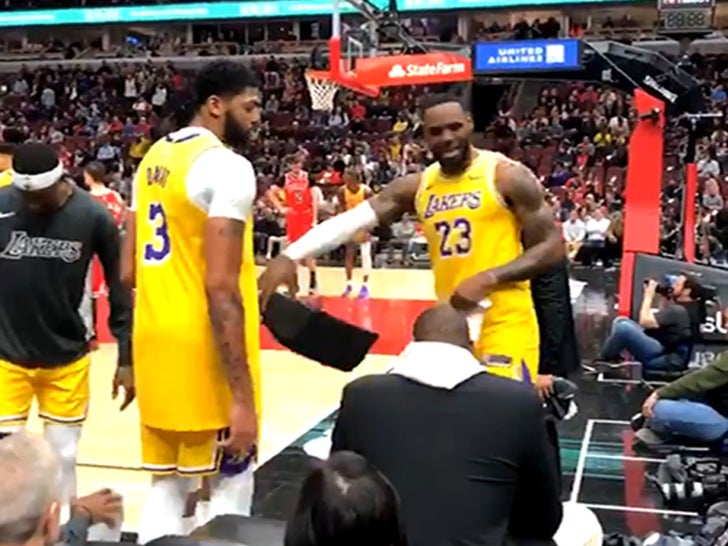 LeBron James just wasn't in the mood on Tuesday ... shutting down a heckler with 7 simple words -- "Your lady embarrassed to be with you!"

Bron and the Lakers were in Chicago playing the Bulls at the United Center when someone in the stands began running their mouth about LeBron and Anthony Davis.

At first, LeBron tried to ignore the guy ... but then, Bron just shot back at the dude, grabbed his towel and moved on. Pretty hilarious!!!

@KingJames and the lakers went in on this bulls fan lol. Lebron told him “ya lady embarrassed to be with you” lol pic.twitter.com/jRJSAjyThN

But, the hecklers, as a group, weren't fazed -- one guy continued to scream at Anthony Davis ... and it got so annoying, security had to step in to try and shut the guy up.

His lady is surely not embarrassed to be with him.

It's the latest in a string of ballsy hecklers going after players at NBA games -- remember, we saw stars like Kevin Durant and Patrick Beverley jaw back at smack talkers during the 2018 season. 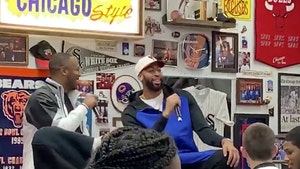 Anthony Davis Open to Playing For Bulls, 'I Am A Free Agent Next Year' 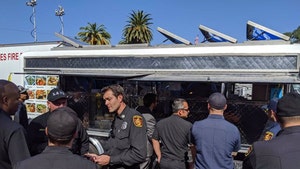