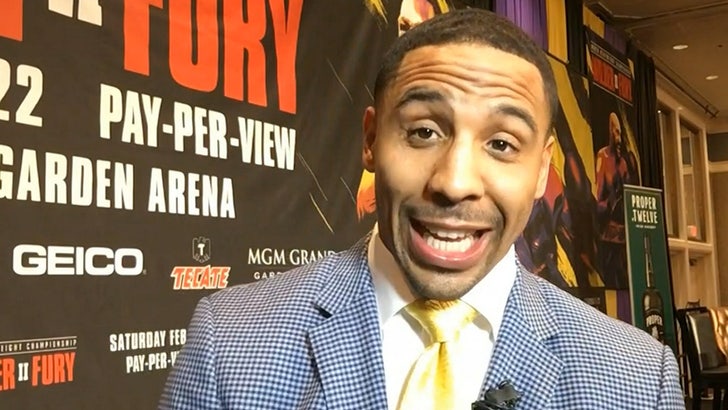 Andre Ward retired as an undefeated 33-year-old fighter, and the future HOF'er tells us he misses fighting ... so, is there a comeback in the cards for the superstar boxer?

"I hate to bust any bubbles. Do I miss it? Absolutely. Being around a fight week and you kinda get the smells, and the feels and the sights, of course you miss it."

Ward had a stellar career ... he was a multiple-time world champion across 2 weight classes with wins over fighters like Sergey Kovalev (twice).

But these days, Ward says ... "I'm content wearing the suit now, and I'm excited to watch these other guys compete."

The guys he's pumped to watch fight are Deontay Wilder and Tyson Fury ... 'cause Ward's working the super-anticipated rematch Saturday night in Vegas.

For Ward fans hoping to see him return to the ring ... keep your fingers crossed he changes his mind.