Pete Davidson is taking a brand new swipe at Louis C.K., claiming he's a mean dude who treats young comics poorly and adds ... it's been "amazing" to watch his career crumble.

The 'SNL' star spoke with Charlamagne tha God about his upcoming comedy special on Netflix, which includes a pretty vicious shot at Louis -- Pete flat-out calls him a "piece of sh*t."

Now, PD admits his animosity stems from C.K. allegedly trying to get Pete fired from 'SNL' for smoking too much weed. He claims Louis tried to rat him out -- but beyond that, he says Louis is simply "not a nice guy."

Pete thinks his point is supported by how shunned C.K. was in the comedy community after he admitted years of sexual misconduct and abuse of his power.

Interesting to note ... Louis C.K. has been making a comeback of sorts recently, and briefly addressed his #MeToo scandal during a series of shows in Phoenix this past weekend. Not that we think that's gonna change Pete's opinion.

On another note -- although not a positive one -- Pete also talked about possibly leaving 'SNL,' saying ... "I personally think I should be done with that show because they make fun of me on it. I’m like, cold open, political punchlines. I’m like, weekend update jokes."

He says he's outgrown the gig and added, “I have a weird feeling in that building where I don’t know whose team they’re playing for really, if I’m the joke or I’m in on the joke.”

Still, he says Lorne Michaels is a father figure to him and he'll stay "as long as Lorne likes me" 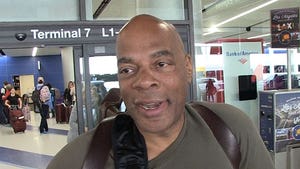 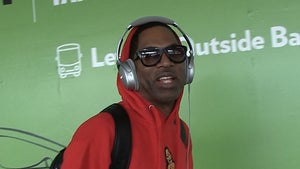