The Boston Red Sox have quarantined a 20-year-old pitcher from Taiwan in a South Florida hotel room over fears about the coronavirus, a team spokesperson said.

... and it's the SECOND player the team has quarantined this month!

This time, the player is Chih-Jung Liu -- a rifle-armed right-hander who arrived in Florida last week to start his first spring training with the Red Sox, according to the Boston Globe.

But, with 80,000 people infected with coronavirus globally -- and more than 2,600 deaths -- the Red Sox say they're using "an overabundance of caution" in how they approach the situation ... which is why Liu is holed up in Fort Myers.

Liu has been communicating with his fans via Facebook -- where he explained that he's working out, jogging and eating 3 meals per day.

He's also "watching information about the team" to stay in the loop.

Earlier this month, 26-year-old Red Sox infielder Tzu-Wei Lin -- who is also from Taiwan -- was quarantined due to coronavirus fears.

"I had been here for a week and they said I needed to go back to my apartment," Lin said ... "I was fine. I stayed away for one day and that was it."

Lin made his Red Sox big league debut in 2017 and was part of the 2018 World Series team, though he did not play in the postseason during that championship run.

As we previously reported, the coronavirus scare is affecting several major sports events -- including the 2020 Olympics. Organizers say they could cancel the 2020 Games if they feel there's a real threat. 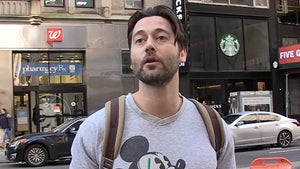