Undefeated UFC rising star Movsar Evloev has officially pulled out of UFC 248 ... after the fighter says he was hit by a car while riding his motorcycle -- and the injuries are GROSS!!

The 26-year-old Russian was slated to fight Jamall Emmers at the T-Mobile Arena in Las Vegas on March 7 -- a big opportunity since that card is loaded with big names like Israel Adesanya, Yoel Romero, Weili Zhang, Joanna Jedrzejczyk and more.

Regarding the crash, the details are unclear -- no word on where it happened or if anyone was arrested. But, it's clear Evloev is lucky to be alive.

Evloev's management team posted a pic of his injuries showing pretty bad road rash all over his left side ... especially to his back, shoulder and arm.

Obviously, Evloev's injuries are too severe to compete in less than two weeks -- so he's off the card. Giga Chikadze will take Evloev's place in the fight against Emmers.

Evloev has flashed some serious potential since signing with the UFC -- winning his first 2 fights with the promotion over South Korean fighter Seung Woo Choi and Peru's Enrique Barzola. 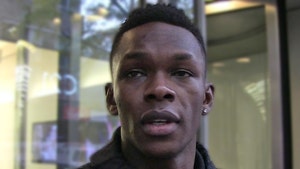 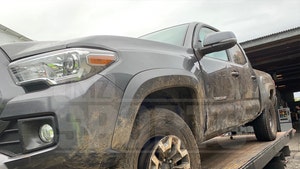