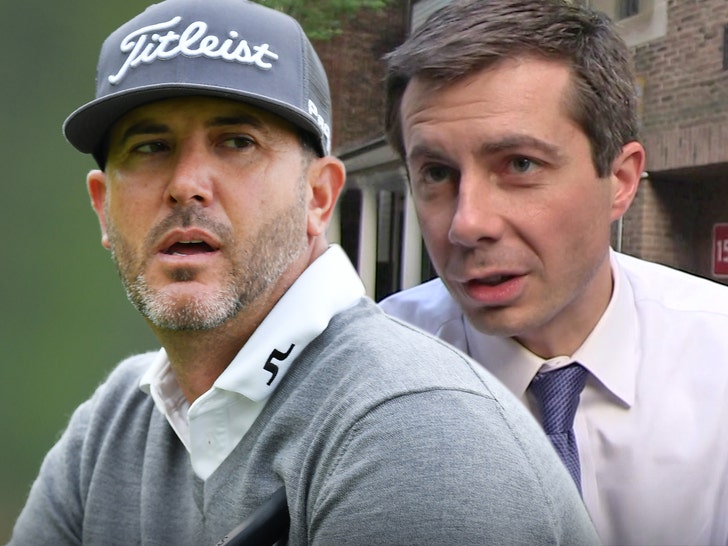 6:16 AM PT -- Two major sponsors have ditched Piercy in wake of his Instagram post ... Titleist and clothing company J.Lindeberg say they're done with the golfer.

"We, J.Lindeberg, as a company do not stand by the statements made by Piercy," J.Linedeberg officials said in a statement Thursday, "and we want to make sure our customers, employees, and other ambassadors know we support all communities and have no room for hate or discrimination in our company."

Reps for Titleist did not release a statement on the matter ... but confirmed to Golf Digest earlier this week they had let go of the golfer.

PGA golfer Scott Piercy says he'll "do better" after posting a homophobic meme about Pete Buttigieg on his IG page ... insisting he wasn't trying to offend anyone.

Dude, are you a moron?

41-year-old Piercy doesn't seem to get why posting a photo of the openly gay politician with the caption, "Peter Pulls Out Early From Behind" could be deemed offensive. 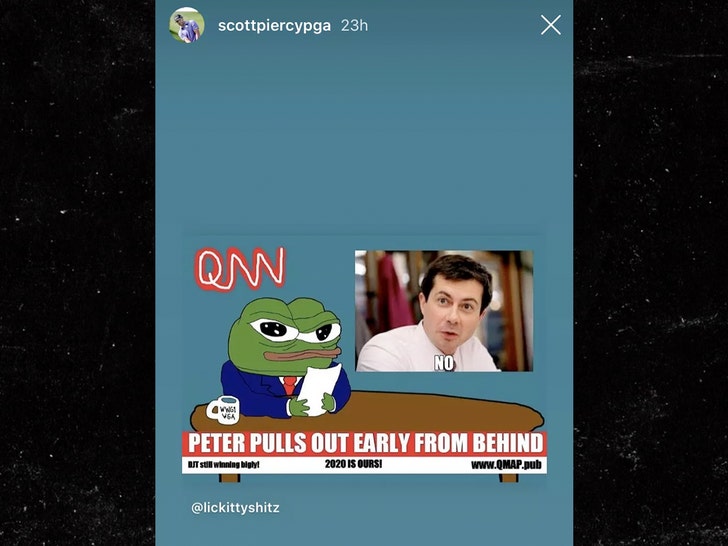 Oh, and the post also referenced QAnon -- the far-right conspiracy theory. Supporters of it have been condemned by the FBI.

The PGA Tour was super upset with Piercy -- a rep said, "We were made aware of Scott’s post and are disappointed in the lack of judgment used."

The 11-year PGA Tour vet -- who's made more than $20 mil in his pro career -- spoke out on Tuesday saying, "Whenever i post my intent is NEVER to offend. I want to apologize if any of my recent story posts have been offensive. I will do better!"