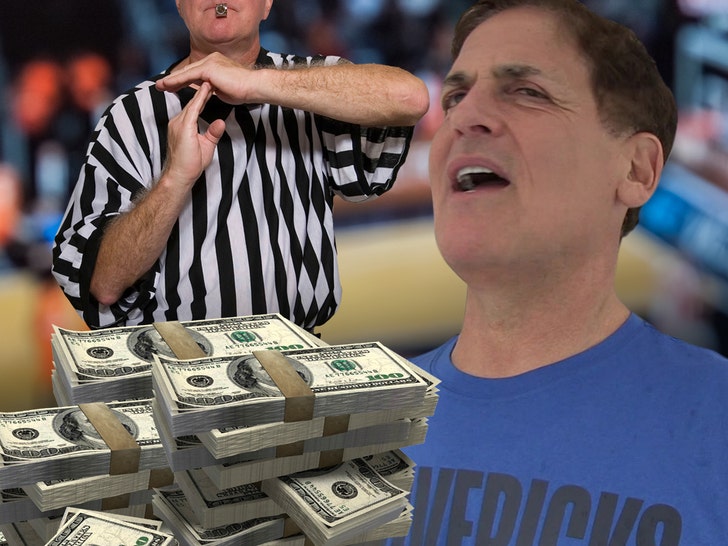 The NBA has hit Dallas Mavericks owner Mark Cuban with a $500,000 fine for publicly blasting NBA refs in the wake of a controversial call in a Feb. 22 game.

But, the NBA and Commish Adam Silver are making it clear, they're FURIOUS with Cuban -- and they're hoping the massive fine will send a strong message to the rest of the league.

Here's the deal ... Cuban went CRAZY on the refs and the league over a goaltending call in the final seconds of a Mavericks vs. ATL Hawks game.

Cuban felt the refs did his team dirty and ultimately blamed the officials for the Mavericks ultimately losing the game.

The NBA says, "Immediately after the game ended, Mr. Cuban walked onto the court and approached game officials shaking his head and directing comments toward them."

After the game, Cuban continued to rip the refs to reporters and then sounded off on Twitter.

Refs have bad games. Crews have bad games. But this isn't a single game issue. This is the same shit that has been going on for 20 years . Hire former refs who think they know how to hire , train and manage. Realize 2 years later they can't. Repeat https://t.co/GPqvvWSpuT

The NBA says the comments were "highly critical, personal and demeaning to the league and its officiating staff."

Cuban had filed an official protest hoping the league would rule to replay the end of the game -- but his appeal was denied.

In a strongly-worded statement, the league ripped Cuban for his behavior -- saying he's setting a terrible example for the rest of the league, sending a bad message to fans and creating an "intimidating workplace environment."

"It is a recognized part of sports for fans and the media at times to criticize officiating, but team executives must be held to a higher standard."

"A team owner’s effort to influence refereeing decisions during and after a game creates the perception of an unfair competitive advantage and thereby undermines the integrity of the game."

"Demeaning league employees also creates an intimidating workplace environment. With an increased focus on respectful conduct by coaches, players and fans during games, the actions of team executives should set an example and not lower expectations for appropriate behavior in our arenas."

In its statement, the NBA acknowledges "officiating is one of the toughest jobs in sports" -- and says the league is doing everything it can to ensure competitive fairness and integrity. 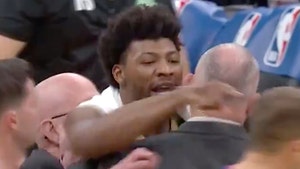 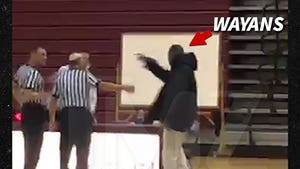