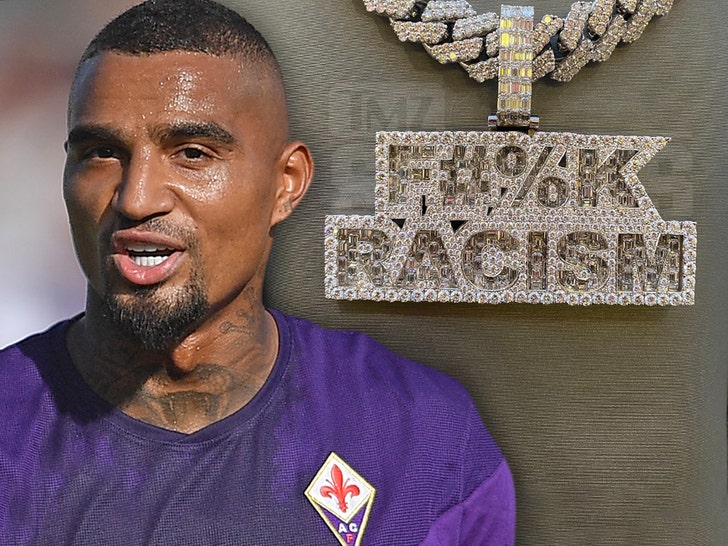 Soccer star Kevin-Prince Boateng is sending a powerful message with his new jewelry haul ... getting a huge chain featuring the words "F#%k Racism."

The backstory is interesting ... back in 2013, Boateng made headlines when he walked off the pitch during the 26th minute of a friendly against Pro Patria after a bunch of racist fans spewed horrible epithets in his direction.

The moment put a spotlight on the racism problem in the soccer world and led to major changes in the game. In fact, FIFA later created a Task Force Against Racism and Discrimination ... and Boateng became a United Nations ambassador, with a focus on combating racism in pro sports.

Now ... Boateng is continuing to share his message -- in diamond form this time ... hitting up Gabriel the Jeweler to make it happen.

We're told the piece is decked out in 70 carats of VVS diamonds sitting on a Cuban link chain. 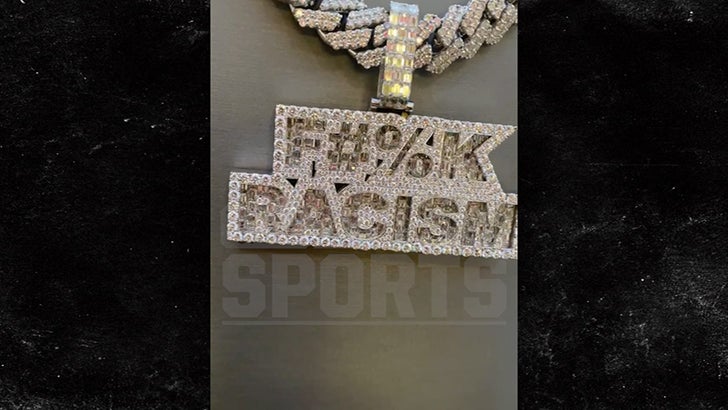 Of course, Gabriel is the go-to guy for the biggest bling-happy athletes in the game -- from Odell Beckham to Antonio Brown to Boateng's bro, Jerome.