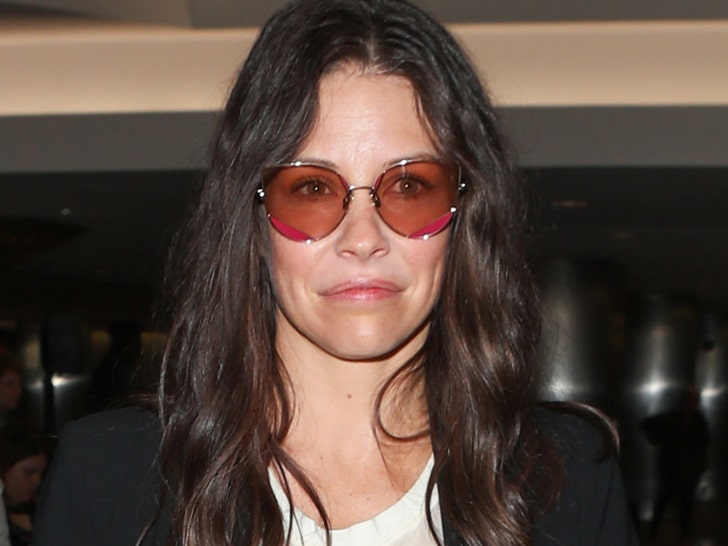 Evangeline Lilly's apologizing for the "insensitivity" she showed toward the very serious coronavirus crisis facing the world, saying she was trying to infuse "calm into the hysteria" ... but she was scared too.

The actress sent out her sorries on Instagram Thursday, saying she's realized her original message suggesting she was against self-quarantining and subsequent silence since then "has sent a dismissive, arrogant and cryptic message" ... and she seems to want everyone to know she's on their same page now. 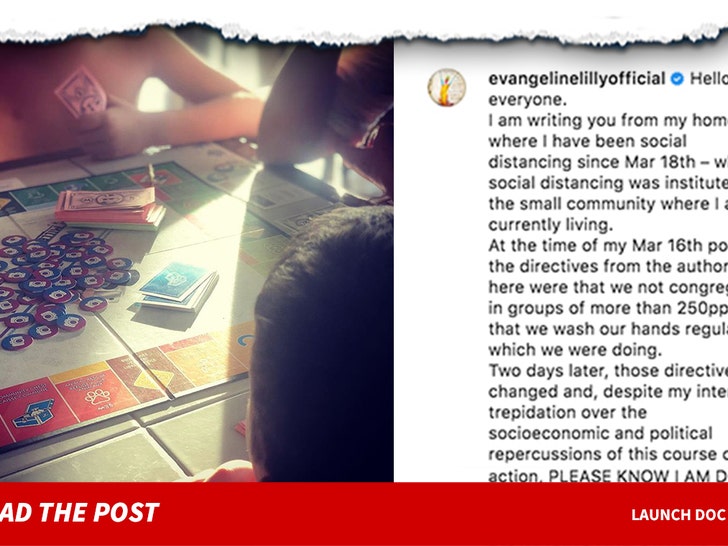 Lilly says she's been social distancing where she lives since March 18 and doing her part to "flatten the curve" by staying home with her family.

She suggests when she first stated she valued freedom over life and was making the choice to not self-quarantine with her kids ... she didn't grasp the gravity of the situation.

Evangeline says she began to change her mind when precautionary directives changed and decided to follow the rules.

Now, she says she's realized her original message was hurtful to people who've been greatly impacted by the suffering COVID-19 has brought ... and sends her "direct and special apologies" to them.

She claims she was "projecting my own fears into an already fearful and traumatic situation." 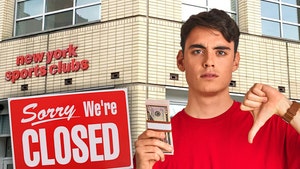 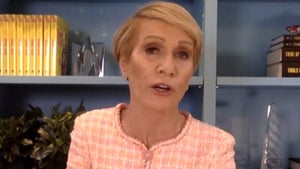