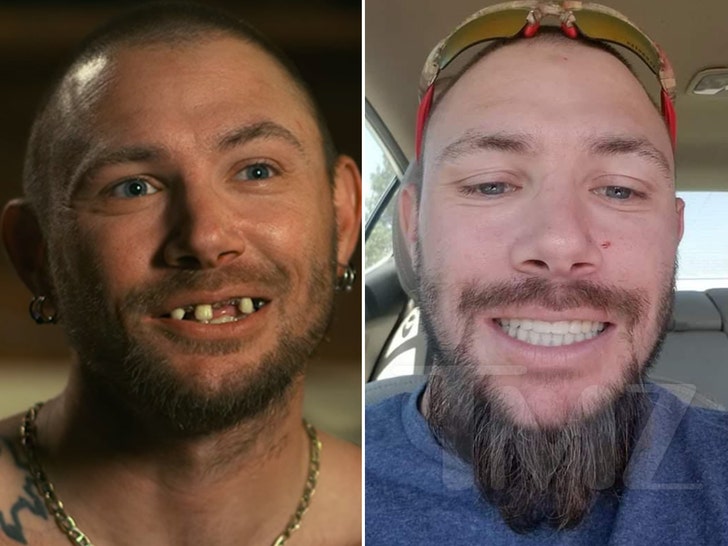 John Finlay -- one of the stars of the hit Netflix docuseries 'Tiger King' and Joe Exotic's ex-husband -- has a nice new set of pearly whites ... that almost make him look like a different person.

John tells TMZ ... he actually got his teeth redone in July 2019 all at once -- they're dentures -- and he's a little miffed at Netflix and the filmmakers because they never showed it.

We're told there's plenty of footage and photos of John fixing his smile but for whatever reason ... none of it made the final cut of 'Tiger King.'

Finlay also wants to clarify something about his gnarly teeth -- they weren't the result of meth abuse. Though John admits meth was a drug of choice for him in the doc, we're told his teeth were messed up before that, due to genetic reasons. He told us he has not touched drugs in 6 years.

John is currently working as a welder and living in central Oklahoma with his fiancee Stormey. We're told she's the one with John at the end of the series when he's getting his Joe Exotic tattoo reworked.

As for why Finlay's shirtless the entire time he's being interviewed on 'Tiger King' ... our sources say that was the idea of one of the producers, and John went with it.

For more on Finlay, ya gotta watch 'Tiger King' on Netflix, and also check out the podcast "Joe Exotic: Tiger King" by Robert Moor on Joe Exotic's story ... including more with John. 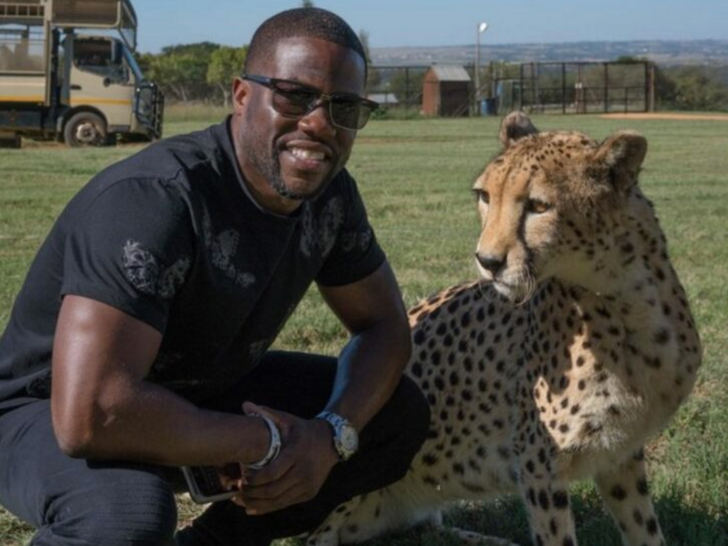 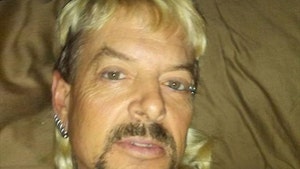 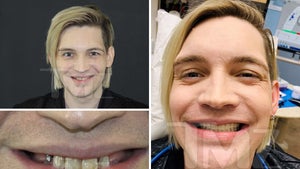 The Calling Singer Alex Band Gets New Teeth and It's Gnarly