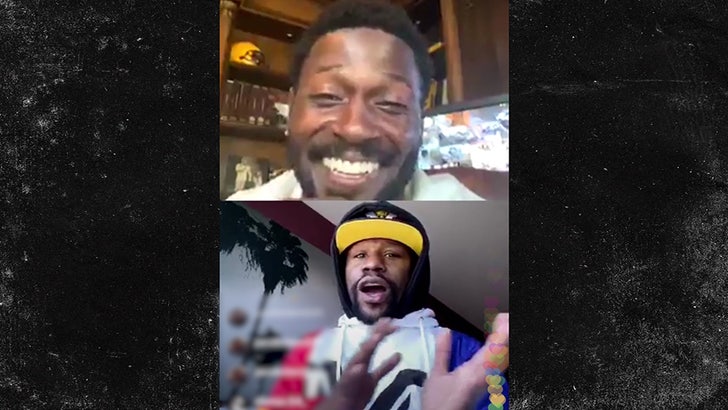 Floyd Mayweather thinks it's RIDICULOUS that the allegations against Antonio Brown are keeping him out of the NFL ... and he put the league on blast during a video chat with AB.

"They need to let you play in the NFL, man. They need to stop worrying about what you do on the outside."

"You can get arrested 40 times, 50 times," Mayweather told AB on Friday ... "Do that got something to do with you catching the ball or what you doing on the field?"

Of course, the allegations against Brown are very serious -- he's been accused of violent rape and he was arrested back in January for attacking a moving truck driver.

The league is investigating the allegations against AB -- but in the meantime, no team wants to touch him out of fear he'll likely get a big fat suspension.

But, Mayweather told Brown ... "You're supposed to be in the NFL. Tom Brady is one of the best quarterbacks of all time! He's not requesting you for no reason!

"He's requesting you because he know every time he throw it to you, you're gonna catch it."

Mayweather also brought up Brown's helmet issues with the NFL -- and suggested he was being singled out because he came from "nothing to something."

But, he ended the conversation with this ...

"Just stay focused, you'll get back in the NFL. You'll get back! There's too much talent for them to let go down the drain! We need you with the Raiders, we need something in Vegas!"

Brown responded, "I want to get it back. Tell 'em we can run it back, do this right!" 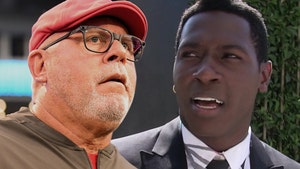 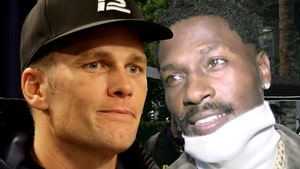 Antonio Brown to Tom Brady, Bring Me With You to Tampa Bay!