Darko Milicic is taking the high road with Carmelo Anthony and Dwyane Wade ... saying he heard the disrespect -- but is only wishing the best for the future hall of famers.

Of course, Melo and Wade were discussing their epic 2003 draft class on Instagram Live over the weekend ... when Anthony claimed he couldn't remember who was drafted #2 overall after LeBron James.

"WHO!?" Melo asked after Wade mentioned he hadn't heard of Milicic prior to the draft.

DWade says he didn’t know about Darko before the draft

Darko -- widely considered one of the biggest busts in NBA history -- addressed the comments recently ... and instead of picking a fight, his reaction was poetic as hell.

"As for these stories, so if my story is not told, thank God they have succeeded — I have not," Darko told b92.net.

"We are not kids, we are adults. I hope you are ripe to understand that life is full of ups and downs."

Milicic continued ... "I consider myself less good guys, it is not necessary to judge and ridicule when, thank God, you have not passed the path that I am."

"To them, as always, I wish everyone good and every honor in their careers and in further life a lot of success and less condemnation."

It would've been easy for Milicic to take a shot at Melo -- considering he won a ring with the Pistons in 2004 ... something Anthony still doesn't have.

Shout out to Darko for the majestic response. The world needs more peace during these times. 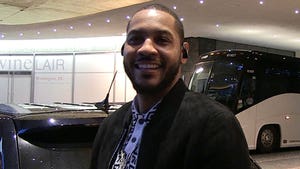 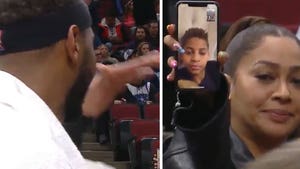