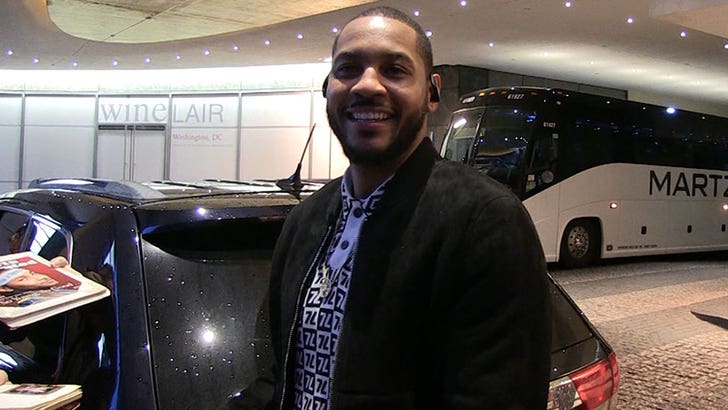 Carmelo Anthony says he REALLY appreciates the loud ovation he got from Knicks fans Wednesday during his return to Madison Square Garden ... saying, "Real know the real!"

The Portland Trail Blazers star hadn't played at MSG since Dec. 2017 -- after the Knicks traded him to the OKC Thunder.

Of course, OKC eventually waived Melo. He had a short stint with the Rockets and then spent months unemployed before eventually signing with Portland in Nov. 2019.

Clearly, the fans in NYC -- where Melo spent almost 7 seasons -- still respect the guy and got a super loud ovation during the intros of the Portland vs. NY game on Wednesday.

Carmelo Anthony gets a big welcome from the MSG crowd 👏 pic.twitter.com/8Y2opt2LNl

"Real recognize real," Melo told us about his reception ... "I appreciate the love, always."

We also asked Melo if he thinks his jersey should be retired by the Knicks -- and he had an interesting response to that.

"I don't know man. You're talking something that ain't on my mind right now."

There's a solid argument for Melo's jersey to hang in the rafters at MSG -- he was an All-Star every year he played in NYC while averaging 24.7 points per game.

He also won the NBA scoring title in 2013 and set the Knicks single-game scoring record with 62 points in a game in 2014. 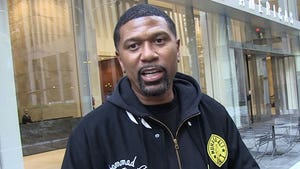 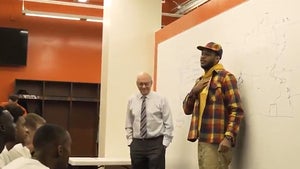