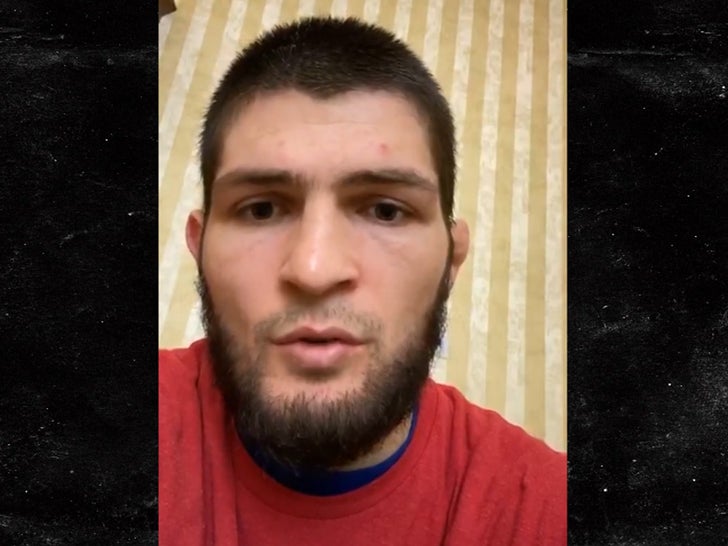 The most cursed fight in the history of combat sports just had another setback -- Khabib Nurmagomedov says he's stuck in Russia and the UFC is looking to replace him with another fighter to take on Tony Ferguson at UFC 249.

Khabib just spelled out the whole situation on IG Live ... saying he tried to get ahead of the situation a few weeks ago, when the UFC told him the April 18 fight would likely go down in the United Arab Emirates.

Khabib says he had been training in the U.S. -- but flew out to the UAE in hopes he could get settled and fight there. But, of course, things changed.

"But, when we landed in Emirates we learned that they are going to close borders. And, no one will be able to leave or fly in, with exception for residents," Khabib said.

"So, we had to fly back to Russia. Currently, I am in Dagestan and I am training and preparing every day. Although I don't know what am I preparing for. Because after we came to Russia we also learned that the borders are going to be locked. Same like in the States, same like in Europe, Emirates, everywhere. The whole world is in quarantine right now."

Khabib says he was informed by the UFC that they will proceed with UFC 249 -- and if Khabib can't make it, they'll swap him out with another fighter.

"So, now I am hearing that they are looking to organize it with or without me. Okay, go ahead."

"Everyone should follow the laws. I am not against it, I know that fighters need to feed their families and pay their bills. I know how hard it is for the fighter. Unless they fight, they aren't getting any money.

"I am even hearing that they are looking for an opponent for Tony, because he is in the States and I am here in Russia. But, I am here not on my own will.

Khabib says he's not really sure what's going to end up happening -- but he's not too concerned.

"Now I don't really know what's going on. It's really hard to train and cut your weight when the whole world is locked down and you don't know what you are preparing for. But, it's not the first time I face obstacles in my career."

Khabib vs. Tony has been booked FOUR TIMES before -- but it has yet to happen due to things like injuries and weight-cut issues. 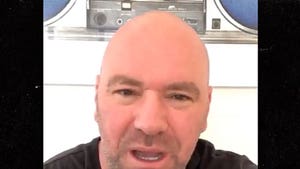 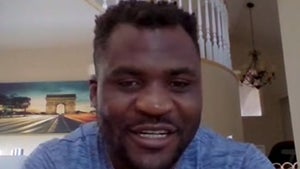