A gun-rights group has sued the Mayor of Los Angeles, claiming he had no right to shut down gun stores in the City in the wake of the coronavirus pandemic.

The California Rifle & Pistol Ass'n claims Mayor Garcetti broke the law when he determined gun stores were not essential businesses. The group notes the feds have called gun and ammo stores "essential" and therefore they can stay open.

Likewise, California Governor Gavin Newsom's stay-at-home order makes gun stores essential, with a twist. Newsom was asked if a city could shut gun stores down, and he said he'd defer to local law enforcement. L.A. County Sheriff Alex Villanueva said he did not consider gun stores essential, so they were shut down with the threat of arrest and prosecution if they stayed open. 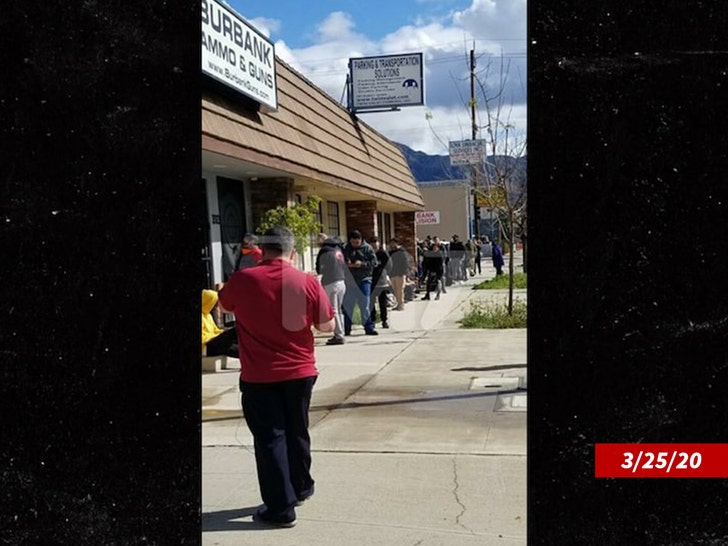 There's no doubt ... there's been a huge run on guns in lots of cities around the country. This is a pic of a Southern California gun shop from last week, where people were lined up out the door to buy weapons, mostly for protection.

The org. claims their rights have been violated because the State order -- stating specifically that gun stores are essential businesses -- trumps any local ordinance. They also say their due process rights were violated because the City nullified their licenses to sell firearms.

It's interesting ... the suit does not focus at all on the Second Amendment which provides for the right to bear arms.

The suit asks a judge to order Garcetti and the City of L.A. to allow gun stores to re-open. 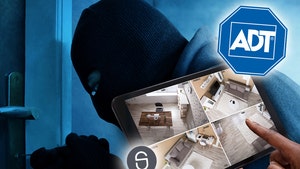