Restrictions on fertility procedures, coupled with a freeze on foreign travel due to the coronavirus, are drying up a bankable swath of the baby-making business ... TMZ has learned.

Right now, fresh or frozen embryo transfers, in vitro fertilization and pretty much all elective surgeries are being scrapped as U.S. fertility clinics follow guidelines released by the American Society for Reproductive Medicine.

A rep there tells us, the financial pain is being felt industrywide ... but even more so with clinics relying heavily on international clientele.

Our sources say many of the parent hopefuls from foreign countries are older Chinese nationals paying large sums for surrogate pregnancies, ever since the government tossed its one-child only policy back in 2015.

We're told these so-called "fertility tourists” flock to the U.S. to procreate, often because of relaxed surrogacy laws in several states. The conception costs aren't cheap, though -- experts tell us egg donations can fetch between $50k and $80k and surrogacy pregnancies run around $90k to $140,000.

John Wilcox, an endocrinologist at the California-headquartered Huntington Reproductive Center tells us ... "A third of our patients come from China and it’s a major part of our revenue stream." Their clinics also serve folks from Australia and Canada, but travel's closed off for those folks too.

He says consultations are still being conducted over WeChat with Chinese clients, but he fears the industry will take a big hit until international travel is restored.

Likewise, The Fertility Center of Las Vegas is a hub for patients jetting in from Europe and Australia, in addition to China, so these days ... they’re feeling the baby blues.

Smaller clinics are also feeling the procreating pinch. Dr. Danielle Lane of the Lane Fertility Clinic in San Francisco says she's noticed a marked drop-off, especially with foreigners ... as 15 percent of their volume is from China.

Clearly, the fertility biz -- and it's foreign customers -- can be added to the long list of those feeling the effects of the COVID-19 crisis. 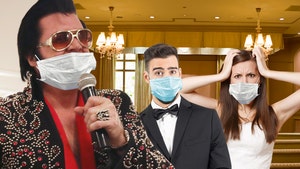 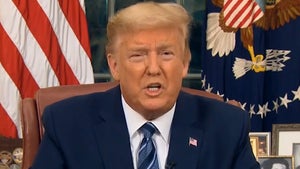