"Last night and today have been the worst days of my life," Emily said Tuesday. "Colby is currently in surgery and they are fighting to keep him alive. We need a miracle. Please pray for my husband and best friend."

Edmonton Oilers center Colby Cave is fighting for his life after the team says he was placed in a medically induced coma after suffering a brain bleed.

The team made the announcement Tuesday ... saying the 25-year-old became ill overnight and has since been admitted into the critical care unit at Sunnybrook Hospital in Toronto.

"Please keep Colby & his wife Emily in your thoughts & prayers at this time," the Oilers said in a statement.

Cave -- who was undrafted -- made his NHL debut with the Boston Bruins in 2017, playing in three games. The Saskatchewan native later joined the Oilers in 2018.

Cave scored a goal for Edmonton this year... and in a tweet Tuesday, the Oilers said, "Colby is an awesome person who scored an awesome goal for us this season."

Colby is an awesome person who scored an awesome goal for us this season.

The entire #Oilers family is sending you all our love & strength right now, @Cavemn10.

"The entire #Oilers family is sending you all our love & strength right now, @Cavemn10."

Cave's AHL team, the Bakersfield Condors, added in a statement of their own, "The thoughts of #Condorstown are with Colby Cave, his wife Emily, and his entire family." 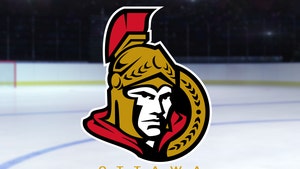