Zoom has serious loopholes when it comes to privacy, but it wasn't until the COVID-19 pandemic when it was finally exposed ... so claims one of its shareholders who is now suing.

Michael Drieu, a Zoom shareholder, has filed a class-action lawsuit against the video conferencing company claiming Zoom "had significantly overstated the degree to which its video communication software was encrypted."

Elon Musk's companies (Tesla and SpaceX), the New York City Department of Education, as well as, government agencies around the world have reportedly banned Zoom conferencing.

Remember, Zoom's not only for work meetings. Since the pandemic forced people into quarantine ... millions have been holding virtual happy hours on Zoom and even weddings.

Zoom CEO Eric Yuan has apologized for the flaws and acknowledged as much in a blog post last week. Zoom has vowed to bridge the security loopholes.

This is Zoom's second class-action lawsuit in as many weeks. The company was sued last week over concerns the company has allegedly shared data with third-party companies, like Facebook, without the consent of its users. 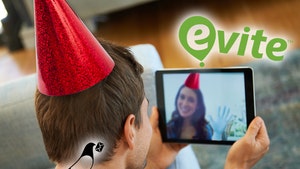