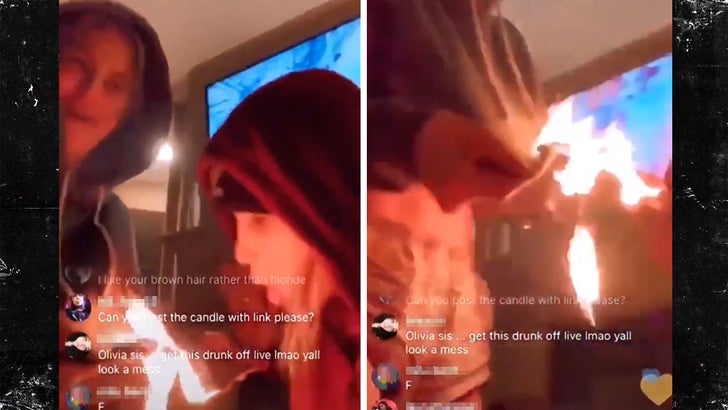 Louis Tomlinson's baby mama's giving the opposite of fire safety lessons ... so watch what she does, and do the exact opposite.

Briana Jungwirth -- mother of the One Direction singer's 4-year-old son, Freddie -- went on Instagram Live Thursday night with one of her friends to goof around and let off some quarantine steam.

The problem is that steam turned into smoke when Briana's sweatshirt caught fire from a candle. Instead of putting it out right away, she decided to show off the blaze to her friend and their viewers ... and it escalated quickly.

Jungwirth casually said, "You guys, I'm on fire," as the flames begin to spread and her friend freaks out. Fortunately, Briana was able to shake it out after a couple seconds of panic and her friend extinguished sparks on the floor.

Some people who were watching online said Freddie was sleeping in a room nearby -- we haven't confirmed that -- but fans were concerned because Briana kept messing with the candle afterward.

At the very least, she's a cautionary tale -- don't do stupid things in isolation. 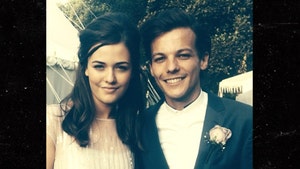 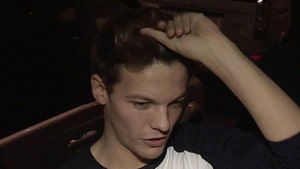