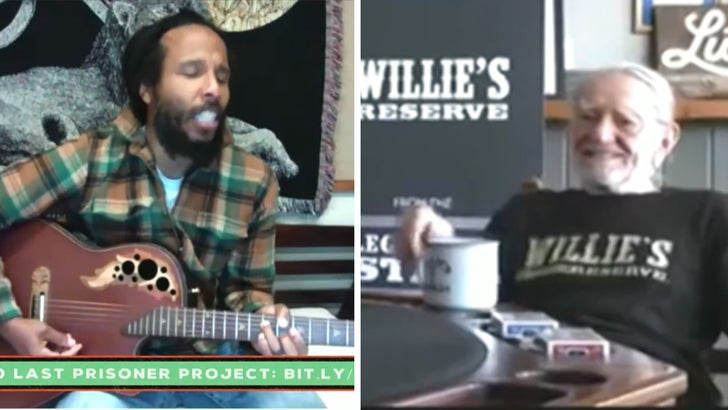 5:41 PM PT -- The new generation of country music is meeting the old guard, because Kacey Musgraves just joined the party to wish Willie an early happy birthday, offering some sobering advice for everyone in quarantine and doing what she does best -- sing.

Kacey says no one really knows what to do in times like these, so everyone should just hang in there and do their best because that's good enough. 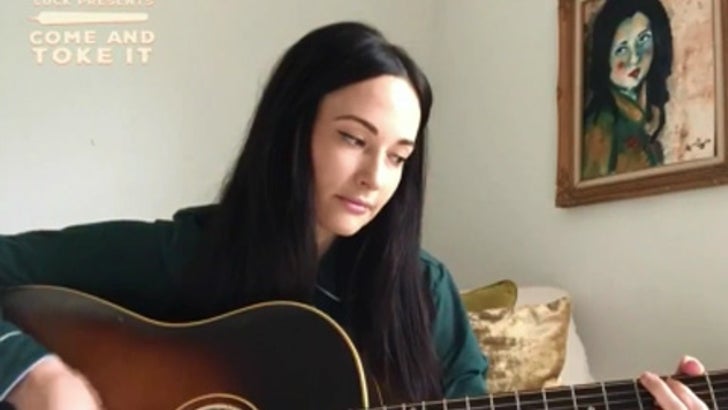 The 6-time Grammy winner says she's really productive some days, and others she feels like "a total bitch" ... but that's all okay.

Kacey sings Willie a couple songs on the guitar, including the highly-appropriate "Slow Burn."

Willie Nelson's spending his 4/20 live streaming with some famous marijuana icons ... and he just got serenaded by Ziggy Marley!!!

The country music singer is live-streaming a weed-themed variety show -- dubbed "Come and Toke It" -- for 4 hours and 20 minutes ... and so far, it's been a blazing good time, with tons of special guests.

Matthew McConaughey dropped in to chop it up with Willie, Beto O'Rourke stopped by for an update on quarantine life, Tommy Chong exchanged jokes and Bill Maher lamented the fact he couldn't smoke a joint with Willie in person because of social distancing.

Willie and co. whipped this thing together to celebrate the unofficial stoner's holiday -- WN is a big smoker himself, in case you hadn't heard -- and the whole idea is bringing people together during quarantine to smoke some ganja, and donate to a good cause in the process.

The funny thing is ... no one is blazing up, at least not on camera.

Any money raised during the live stream will go toward The Last Prisoner Project -- an org dedicated helping inmates who've been convicted of weed-related offenses get released. The crew is also promoting the hashtag #PassLeft during the show ... self-explanatory.

One of the cool highlights of the broadcast will be the moment that some lucky random viewer is chosen to hop on an individual chat with Willie himself, and to wish him a happy birthday. He turns 87 in a little more than a week, so a rando stoner can give him a personal shout-out.

Perhaps the biggest takeaway from this, though, is the opportunity to smoke with Willie himself. 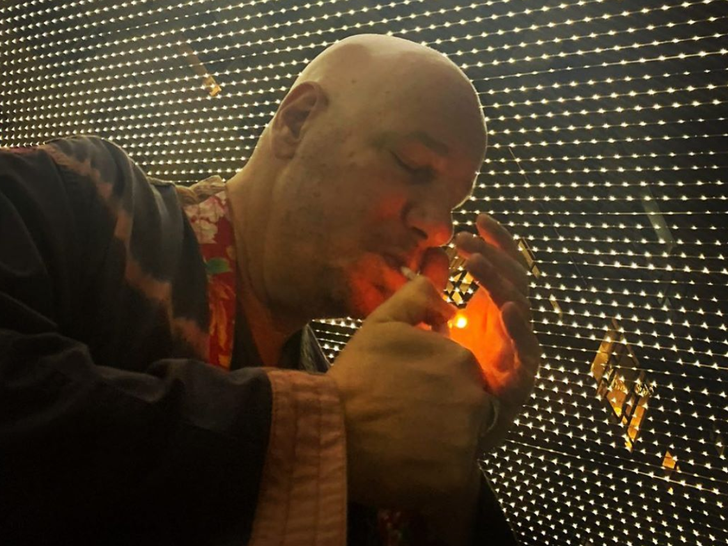 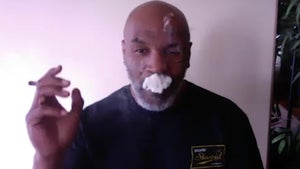 Mike Tyson Celebrates 4/20 with Wake and Bake, 'It's a Celebration!' 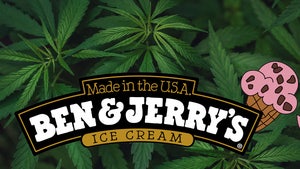