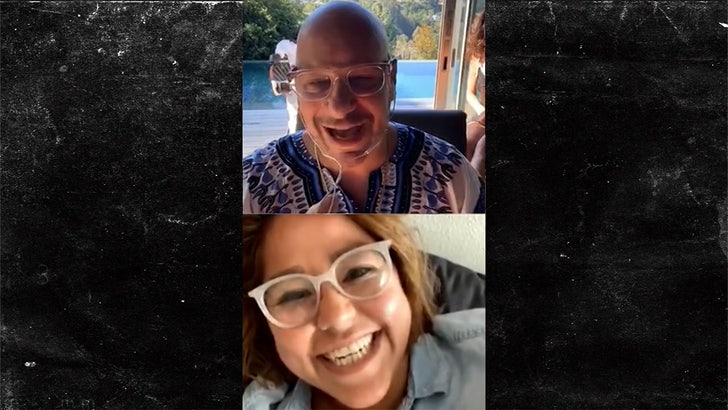 Jeff Ross couldn't stay away from what he does best -- roasting people on a big platform -- so he got right back to it with some newbie volunteers ... quarantine-style, of course.

The comedian held an Insta-Roast Saturday on IG Live, which didn't feature any big celebs like his usual roasts do -- instead, he picked out random users who were joining the chat to hop on up and have him take some light-hearted shots at them, impromptu and off the cuff.

Safe to say, the roasting did NOT disappoint -- Jeff didn't skip a beat in pinpointing the goofiest thing about anyone who was brave enough to let Jeff have at 'em. He made fun of a guy who apparently resembled the garbage man version of Boy George. Nice!

He also asked why one gal was bent forward on her elbows while talking to him, with Jeff asking if she was getting banged from behind. She laughed, and then showed off her BF, who was NOT doing that. He went on to tell one couple that they looked like they'd eaten all their toilet paper, while telling another woman she looked like she just got out of jail.

Everybody got a laugh out of it, and Jeff himself even noted he needed this ... sounds like he's going a little stir crazy too and wanted to get back to normal as safely as possible.

Looks like people were down with the digital roast -- if it becomes a regular thing, more power to him. 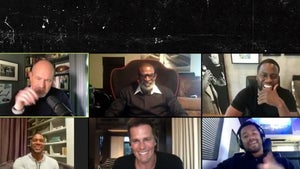 Tom Brady Roasted By Rich Eisen, You're In The Wrong House, Bro!