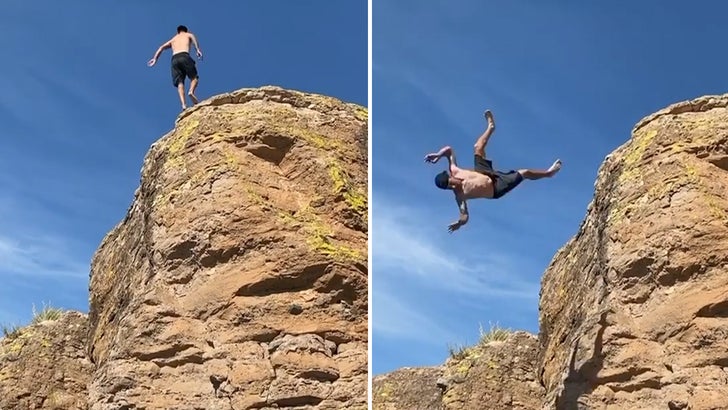 Johnny Manziel is a LUCKY man -- because he slipped and fell while trying to dive off a cliff ... and fortunately, escaped injury.

The ex-NFL quarterback hit the famous cliffs at Lake Pleasant near Phoenix, Arizona recently and tried to bust out a backflip into the water below.

But, as the 27-year-old tried to launch himself off the rock, he lost his footing ... and barely managed to use his left foot to propel himself far enough away from the cliff, that he avoided disaster.

Manziel joked about the "flawless execution" in a social media post -- but some of his friends had real concern for JM.

"Got spooky for a second," Victor Cruz wrote.

Look, whether you're trying to stay away from the 'Rona ... or trying to get an adrenaline rush -- just be careful out there!! 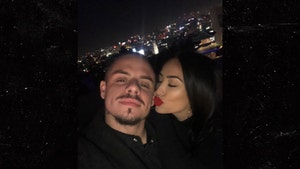